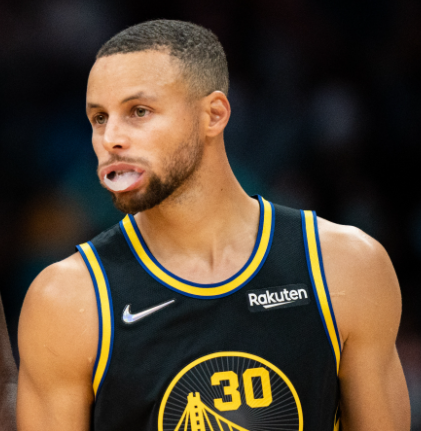 “You have to be able to direct that energy into just putting the ball in the basket”.

Curry scored 13 of his team-high 33 points during the fourth quarter of Sunday’s matchup and really cranked up the aggression following a misunderstanding that he got fouled by Clippers small forward Terance Mann.

Curry did not receive the benefit of the whistle call and let his emotions get the best of him, earning himself a technical foul.

"I thought I got fouled, so I let my emotions go," confessed Curry after the Warriors’seventh straight win.

"And definitely fired me up, fired our team up -- you have to be able to direct that energy into just putting the ball in the basket, obviously, after that. So that's where I feel like we do it well, where you don't let it become a distraction for the rest of the game, and it obviously helped open up the game."

Currently averaging 28.4 points per game this season, Curry broke his own record of becoming the fastest player in league history to make 100 3-pointers on the year, and this time doing so in 19 games.

In fact, Curry’s performance is a leading reason for Golden State’s league-best, record-making season start of 18-2 - and with that being said, his particularly passionate outburst of anger was not lost on his teammates and coaches Sunday.

"Whatever it takes, I guess ... he clearly got fouled. Steph is a guy who, he's just so competitive, and when he knows he got fouled -- especially in a play like that in transition where it's right out in the open, easy to see, and he doesn't get the call, every once in a while he's going to snap.

“He doesn't do it often, but when he knows he's right, the competitor in him comes out and he'll kind of lose his mind a little bit, but it often spurs him, like it did in this instance."

"You saw the flurry coming," said the Warriors forward. "I was telling Jordan Poole over there, 'He's about to put this one up.' He started putting them up. It was good to watch."

Following their seventh straight win, the Warriors go on to face the Phoenix Suns on Tuesday who have an incredible 16 straight wins and sit one game behind Golden State in the Western Conference standings. The Clippers play again tonight (Monday) vs. the New Orleans Pelicans.

"So you got to try and cut the head of the snake off whenever you're trying to stop anyone's attack, but overall I think it will be a good game. Highly anticipated. Two teams that's playing well -- obviously, they've won 16 in a row, you want to be the team to go stop that and you got a great opportunity to do it."