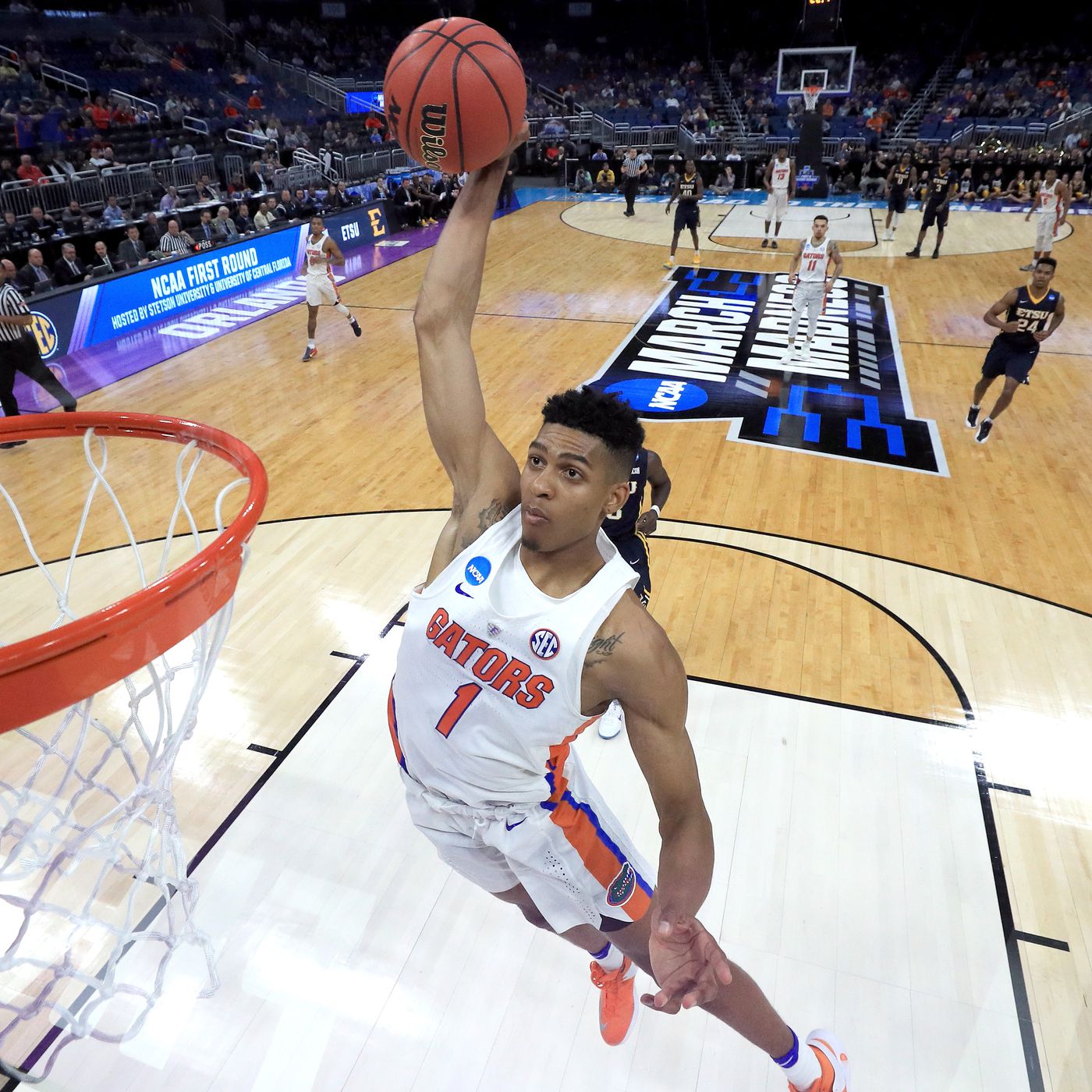 The BIG3 made huge news today with multiple changes to their league. The biggest rule in my opinion was lowering the age requirement from 27 to 22. This is massive for not only the quality of the league but its perception as well. People not in the know often thought of the BIG3 as a retirement home of sorts, like it’s your last chance to ball. Not anymore as young guns fresh out of college will get the chance to join the league and make a name for themselves. Who do you want to see join the BIG3? Here’s some guys I really want to see become part of the league...

The first player I’d like to see join BIG3 is Fletcher Magee. He just turned 23 and is currently playing overseas after finishing up at Wofford, where he’s considered an all-time great. While at Wofford, Magee averaged double digit PPG in all four seasons, shooting 45.7% from the field while making 43.5% of his 3’s. This is a guy who isn’t afraid to shoot as he’s yet to meet a shot he doesn’t like. This dude was making absurd shots at Wofford, like fade-away 3’s while being contested heavily, rising and firing on fast-breaks, side-clutching from mid-range and deep. Oh, and he can hit the four-point bomb. To me... it’s a no brainer for Fletcher Magee to join the BIG3 and become a big name in the basketball world. He’d shoot the lights out from city to city and drain the most 3’s in the league. Do it Fletcher.

My next player is currently in the G-League. It’s Devin Robinson of Raptors 905. He’s 24 and is an incredible athlete. With Raptors 905 he’s averaging 19.9 PPG and 5.9 RPG this year, shooting 53.3% from the field. He’s not going to wow you by shooting from deep, it’s all going to be attacking the paint, terrorizing the rim, and showcasing an unreal vertical. At the NBA Combine, Devin posted a vertical of 41.5 and that ranks in the 98th percentile historically. His no step vertical of 35.5 also ranked in the 98th percentile historically. Devin joins Vince Carter and just a few other players to be over 6’7” and post vertical numbers of that degree to go onto play in the NBA. His vertical is showcased in other areas of the game, as he’s good at blocking shots and skying for rebounds. Robinson has played just 8 career games in the NBA and I really believe he should give the BIG3 a chance. The excitement we’ll see from Devin Robinson in the BIG3 could really transform him into a star. Why just be another G-Leaguer when you can be the face of a team in the BIG3?

Mike Daum, aka The Dauminator is the next player I’d like to see give the BIG3 a go. Daum is currently playing overseas after an illustrious four-year career at South Dakota State. He averaged 22.4 PPG and 9.0 RPG in his four years and finished as the 7th all-time leading scorer in the history of college basketball. Daum shot 50.4% from the field in his four years and was a 41% 3-point shooter. He’s a 6’9” - 235 pound bruiser of a stretch four. He’ll take you into the paint, post you up, and use his strength to finish at the rack. Maybe some finesse with a layup off the glass. Mike will leak out to the 3-point line and calmly sink 3’s. I’d really like for Mike Daum to tryout for the BIG3 as it would be a treat to have one of the best to ever play college basketball test the BIG3 competition. Sounds great to me!  I’m going to go out on a limb and say Josh Sharkey of Samford also has what it takes to be a contributor in the BIG3. He’s currently a senior at Samford and he’s 22 years old, so he is eligible for the BIG3 once his college career wraps up. Sharkey is a 5’10” point guard that is averaging 18.7 PPG and 8.5 APG in his senior season. Josh is shooting 48.9% from the field, only 33.3% from 3 which is actually a career high. Sharkey does his offensive damage by attacking, finishing layups, and hitting mid range J’s. Oh and by tossing dimes. Josh is always finding the open man, truthfully he probably would rather toss an assist than score a point. He is averaging 5.6 turnovers a game but that roots from playing on a below average team and having to force things when you’re behind all the time. On defense he’s not fun to play against because he is always picking your pocket. This dude had 8 steals in a game last year! This season he is averaging 3.4 steals per game, elite. Points, assists, steals. The Philadelphia native excels in those three categories. It would be really cool to see Josh Sharkey tryout for the BIG3 and showcase his skills.

First is Isaiah Miller from UNCG. He’s in his junior season and his 21 years old and I expect him to stay for his senior season as well. Under the current age requirement, Miller would become eligible for the BIG3’s 5th season in 2021. So why am I talking about Isaiah Miller to the BIG3 when he’s still a junior at UNCG? Because he fits the 3 on 3 game perfectly. Here’s a 6’0” guard that plays with fire. As a defender he’s going to suffocate the ball handler the entire possession. This kid is averaging 2.6 steals a game! On offense he’ll take you to the rack and get a tough bucket whether contested or not. He excels at make tough, acrobatic layups. Miller is an athletic guard that plays stellar defense and will take you to the paint over and over again.

The next player is Jordan Goodwin and he plays at Saint Louis. The 21 year old will be eligible for BIG3 play in season five just like Isaiah Miller. Goodwin is a 6’3” guard that can play the point or play off ball. He’s averaging 16.1 PPG and 10.5 RPG this season. He’s the best rebounder at his position in college basketball. Goodwin is a really intelligent rebounder that’s able to sniff out where the ball is going to end up on a missed shot. He acts like every shot put up will be missed and is extremely aggressive as an offensive and defensive rebounder. Hence why this guard has a 19 rebound game this season. Goodwin plays so much bigger than his height, he gets down low on offense and plays like a big man. Posting up defenders and finishing strong at the basket. If he misses, good luck getting the rebound over Jordan. On defense he’s just going to punish you with his toughness and strength, 2.2 steals a game for him this season.

These are two players that might not attract the attention of the NBA due to the NBA opting for scoring and flashiness in this new era. Miller and Goodwin are just flat out good basketball players that could and would thrive in the 3 on 3 setting. I really want to se these two players set a new narrative for the BIG3 and pave a positive path for the future with more players opting to play BIG3 basketball instead of G-League or overseas. Not only would it be huge for the BIG3, but it would bode very well for Miller and Goodwin. They’d become really popular athletes and could really just end up as BIG3 trailblazers!

Let me know what you think of my choices and I’m eager to hear your choices as well. Lemme know @Blutman27 on Twitter.