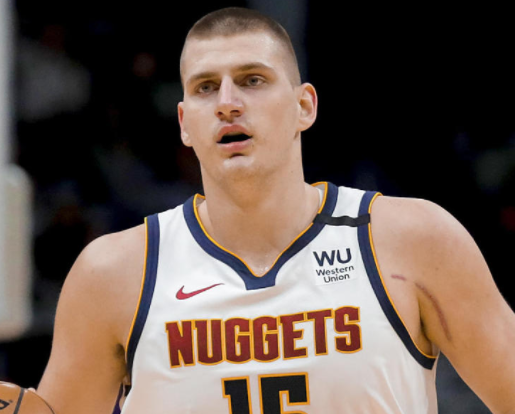 With his 49-point triple-double, Nikola Jokic stole the show

The Denver Nuggets secured a close 130-128 victory over the Los Angeles Clippers on Wednesday night, with MVP Nikola Jokic scoring a sensational 49 points with 14 rebounds.

This marked the third win in four games for the Denver team.

Drawing a double-team, the masterful Jokic made a pass into the left corner from across the court to help Aaron Gordon make his fourth 3-pointer of the game with 1.9 seconds left in overtime.

"I knew the ball was going to come to me because Jok makes the right play, the right pass, even in pressure situations," said Gordon. "He put it on time and on target. All I had to do was catch and shoot."

"Do you guys understand how much attention he gets? He gets double and triple-teamed all game and has 49 points,” said Nuggets head coach Michael Malone of Jokic after the game.

"If Nikola Jokic isn't the MVP, then who is?"

Denver reserve Davon Reed joined the floor following Gordon’s shot and received a technical foul, then following Luke Kennard’s free throw, Reggie Jackson made a long 3 that bounced off of the glass and rim at the buzzer.

Also for the Nuggets, Monte Morris had 19 points, nine rebounds and nine assists. "When he gets in the mode, nobody in the world can stop him," said Morris of teammate Jokic.

For the Clippers, Ivica Zubac had a career-high 32 points and added 10 rebound, and Jackson had 28 points and 12 assists in what was the team’s second straight loss tipping off an NBA season-high, eight-game road trip.

"I love the hate," said Jackson, who had blown kisses to hecklers in the crowd after making baskets.

In the week prior, the Clippers had frustrated Jokic with endless double-teams. Wednesday had Zubac going at him defensively, making 15 of 19 shots.

"I haven't had that much fun until before I came into the league," shared Zubac. ”But unfortunately we lost the game."

The Nuggets play again tomorrow (Friday) facing the Memphis Grizzlies, while the Clippers go on to face the Philadelphia 76ers.