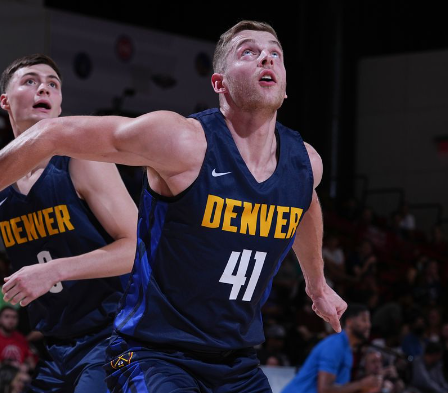 The Denver Nuggets have signed 24-year-old Aussie forward Jack White to a two-way contract, according to ESPN’s Adrian Wojnarowski.

“White had a strong Summer League performance for Denver”, Wojnarowski included in his tweet. He is not wrong.

The 6-foot-7 NBL star had played four seasons at Duke prior to going undrafted in the year 2020. That summer, he signed on with the NBL’s Melbourne United, helping them secure a title.

White also averaged a noteworthy 9.5 points and 6.6 rebounds in 22.5 minutes per game in the past year.

“This is an amazing opportunity for me to take another step towards living out my dream of playing in the NBA, so I couldn’t be more grateful to the Nuggets for giving me a shot,” said White, as stated in Melbourne United’s press release.

“We could not be more proud of Jack. We have seen the incredible amount of work he has put in, and with the talent he has we had a feeling that this was a real possibility for him when he was selected to play in the Summer League.

“Jack is a fantastic person, athlete and player, and we can’t wait to see what he can do now that he has been given this opportunity in the NBA.”

In an interview with foxsports.com.au last year, White shared that his college experience helped him develop into a “more complete player”.

“I learnt how much better you can get by challenging yourself against guys like that who are just super talented and then understanding how you stack up,” said White.

“Coming back into an environment like the NBL, maybe the athleticism isn’t to the same degree, but I’m now playing against guys with grown-man’s strength and a lot more experience... it’s just a different game.

“But there are things that I can get away with here that I wouldn’t have been able to there athletically. So just trying to find a happy medium and drawing on those experiences with guys I played with and against in college to guys I’m playing with and against now.

“It’s made me a more complete player and able to look at the game in different ways.”