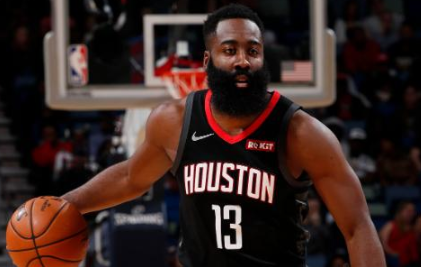 Now with four straight wins, how long will this Harden-led streak continue?

James Harden is on FIRE.

The NBA’s top scoring player brought a whopping 39 points to his team in Monday night’s game, scoring 19 of them in the fourth quarter to secure a 122-116 win against the New Orleans Pelicans.

“The first three quarters I was settling and kind of just being passive,” said Harden. “So, I just wanted to be more aggressive, whether it was shooting my shot or getting to the basket."

Harden attained a new high average of 40.6 points per game in the last eight matchups after Monday’s victory.

“The fourth quarter is winning time, so you've got to be more aggressive and make plays whenever they come to you, whether it's my shot or getting to the basket, shooting my floater or making the right play,” Harden said.

"It shouldn't have been (just a four-point lead). We have to close games out,” D’Antoni shared. “We have to play better. We have to play smart, and tonight I didn't think we did. Good enough to win? OK, but that's not what we want to be.

As for the Pelicans who were unfortunately missing top scorer Brandon Ingram due to knee complications - well, it mostly seems to come down to the poor turnovers.

”We’ve just got to start valuing the basketball and we've got to stop making the bad turnover," said Pelicans coach Alvin Gentry.

The Pelicans will need to gear up for Thursday’s game against the Los Angeles Clippers.

Houston will be facing the Clippers tomorrow (Wednesday) with an opportunity to take a 5th straight win.