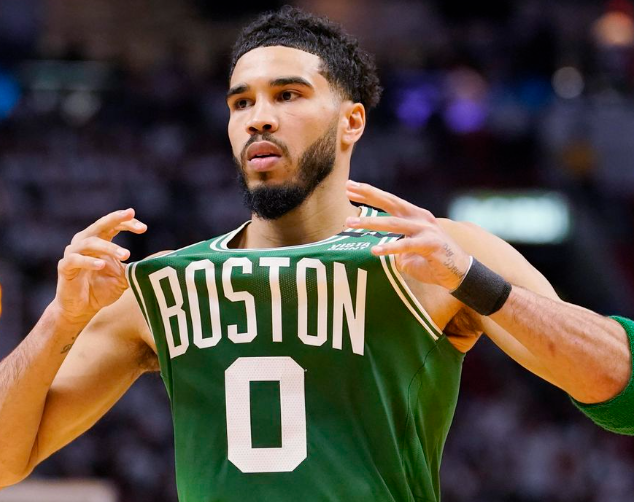 “We do not fear the Golden State Warriors”

The Boston Celtics have been just one loss away from facing elimination on three separate occasions this playoffs season - and each time, they’ve been able to dodge the ill fate.

Now, as the team prepares to host the Golden State Warriors tonight (Thursday) in Game 6 of the NBA Finals, they’re keeping optimism by their side.

“I think it’s just how we respond,” said Jayson Tatum when asked about what makes the Celtics so resilient in these situations.

"In those moments, we just responded. I don't know exactly what it is, but I think just our will to want to win, just trying to figure it out."

Both of those losses Tatum was referring to took place at home for the team, where they currently stand at just 6-5 this postseason. But the Celtics haven’t lost hope that they could lock down two more elimination game wins.

”Everything has been a learning experience," said Jaylen Brown. "We wear everything that we learned this year as a badge of honor that we kind of wear. We don't let it hang over our heads. We bounce back. We've been able to respond well all year. We're looking forward to the challenge. We got to embrace it. Ain't no other way around it.

“Last game on our home floor to kind of embody our whole season. We're looking to give it everything we got. We are not scared. We do not fear the Golden State Warriors. We want to come out and play the best version of basketball that we can.

"We know it's a good team over there. We know they've done it before. But we have all the belief in ourselves. We're going to come out and leave it all out there. That's the whole intent."

Going into Game 6, the Celtics are also planning to wind down on their talking to officials, directing all of their focus to the action on the court.

"I think, in general, just too many conversations being had at times," said coach Ime Udoka. "Feels like after foul calls or dead balls, free throws, timeouts, there's somebody talking to a ref. Something we emphasized early in the season and had gotten away from quite a bit.

"So something we got to spend our energy on the game, and everything else going in between, other than the referees. An area we can be better at, for sure."

With that being said, Boston has claimed on a number of occasions that it’s their offense - not their defense on Golden State’s Stephen Curry - that will be the determining factor for a championship title.

"I mean, you look at the big picture, we're defending well enough to win," said Udoka. "It's really some stagnant lulls offensively that have really hurt us. We'll have a quarter or two or three of really good basketball, then have that quarter or two that really have hurt us. That was the fourth quarter a few games ago.

“For us, we want to focus on the offensive end, because I think we've guarded enough to win. Game 4, if we finish the game off well, not that five-minute stint, we'd be in good shape.