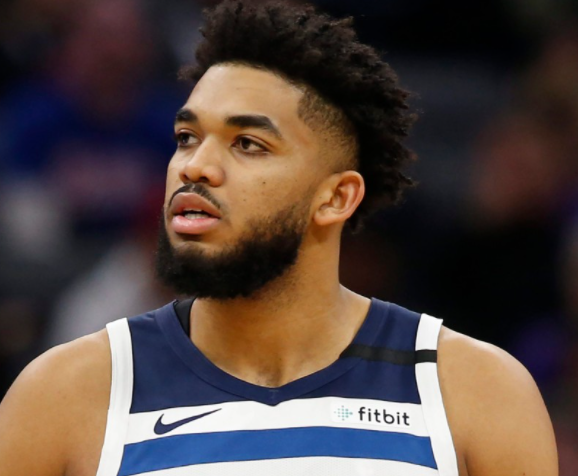 “For this team to grow, I have to grow as well”

The Minnesota Timberwolves carried out a 119-99 victory over the Golden State Warriors on Sunday night, with Minnesota’s Karl-Anthony Towns leading the way with 26 points and 11 rebounds.

Even with his commendable performance, and marking his 11th game this season of 25-plus points and 10-plus rebounds, Towns acknowledges more room for growth.

“Got some and-ones, got some layups, utilized my finishing ability. For this team to grow, I have to grow as well,” he said.

Jarred Vanderbilt and Patrick Beverley also both had 10 points each for the Timberwolves, with nine from Anthony Edwards and seven from D'Angelo Russell.

“We’re really close. We like to see each other succeed. That right there is one of the hardest things to find in teams, I feel like," said Nowell. “None of us on the team are selfish.”

Taking their fifth loss in seven games, the Warriors were at a major disadvantage - void of star players Steph Curry, who hurt his hand on Friday, and Draymond Green, who is expected to be out for at least two weeks due to a back issue impacting his calf.

Pulling their weight for the short-handed team, Warriors Jordan Poole had 20 points and Jonathan Kuminga had 19.

“We’re in a tough spot, just like every team faces every year, and this is our time right now with some of the injuries,” said Warriors coach Steve Kerr. “So it’s OK. We’ll bounce back.”

Even with their advantage Sunday, the Timberwolves have been showing noteworthy progress as a team. The team is now tied for seventh place in the Western Conference.

“We don’t just want be in the play-in game. We want to be set in the playoffs. We’re trying to figure out how to get a nice little win streak to get us above the hump,” said Beasley.

The Warriors go on to hostthe Detroit Pistons on Tuesday night to begin a seven-game homestand, with the Timberwolves playing at the New York Knicks’ home on Tuesday night.