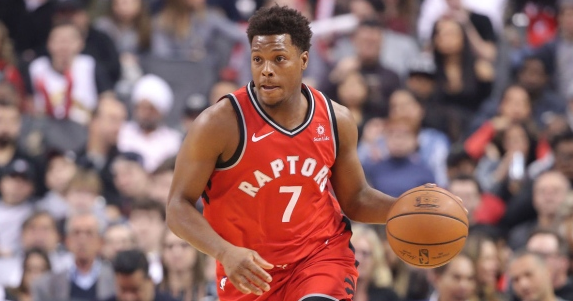 In excellent news for Lowry and his championship team, five-time all-star Kyle Lowry has just agreed to a one-year contract extension that will maintain his loyalty to the Toronto Raptors through the 2020-21 NBA season, ESPN reported Monday.

This marks 33-year old Lowry’s third extension with the Raptors since leaving Houston for the Toronto team back in 2012. He is the longest-tenured team member.

"I think it's been a long time," Lowry said during media day last week, via the NBA. "I've been here the longest now. I've been through the ups, downs. I was able to help bring a championship here from the times where they were talking about tanking for certain players. I'm not saying I'm the sole reason but I feel like I have a big part of it."

Lowry achieved a career-high average of 8.7 assists per game last season, along with 14.2 points, 4.8 rebounds and 1.4 steals. “We are so appreciative of how Masai and Bobby (Webster) handled every aspect of this negotiation,” Lowry’s new agent, Mark Bartelstein of Priority Sports, told ESPN. “Once again, they displayed how they look after their players in a first-class manner, especially someone like Kyle who they recognize has such a legacy with the franchise.”

Toronto Raptors President Masai Ujiri also weighed in on the value of having Lowry on the team for another year. "Kyle has an incredible legacy here that I think we have all underrated," Ujiri said.

"He comes and he gives it his all on the court. He'll give me a headache once a month, but that's fine. That's our relationship. I really respect him for that. We'll always pay Kyle that respect. What he's done for this city, for this ball club, is remarkable.”

We can’t argue with that, Masai.

On the other hand, Toronto’s Marc Gasol, Serge Ibaka and Fred VanVleet are all scheduled to hit unrestricted free agency this coming summer of 2020. Pascal Siakam is expected to receive a generous extension offer either in the next couple of weeks, or next summer.