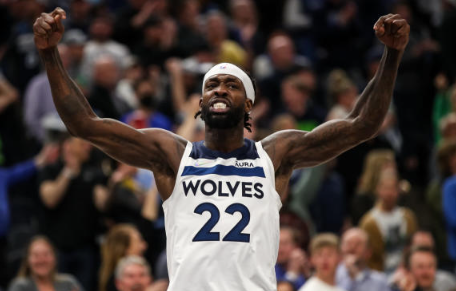 The trade would involve sending Talen Horton-Tucker and Stanley Johnson to the Jazz.

According to a Tweet by ESPN’s Adrian Wojnarowski, the Utah Zazz are reportedly in ‘advanced talks’ regarding trading Patrick Beverly to the Los Angeles Lakers in exchange for players Talen Horton-Tucker and Stanley Johnson.

“Deal could be finalized as soon as Thursday”, Wojnarowski concluded in his post.

The Utah Jazz had acquired Beverley only last month through a blockbuster trade that had sent Rudy Gobert to the Minnesota Timberwolves. With that said, Beverley has not played a single game with the team.

Beverley, age 34, averaged 4.1 rebounds, 4.6 assists and 9.2 points in 58 games played during his lone season with Minnesota.

Back in May, Beverley had said that he “wouldn’t even hesitate” at the prospect of teaming up with LeBron James.

It’s worth noting that Beverley is a 3-time All-Defensive Team honoree - and for a Lakers team that openly struggled with their shooting and defense, acquiring the point guard would be a strong move.

Prior to this season, Beverley spent time with the Houston Rockets and LA Clippers. On the other hand, shooting guard Horton-Tucker had spent three seasons within the Los Angeles Lakers.

After he got drafted by the Orlando Magic in 2019, the team traded him to Los Angeles the very next day.

Finally, 26-year-old power forward Johnson played his first season with the Lakers in 2021-2022 where he averaged 6.7 points in 48 games. He had initially been drafted by the Detroit Pistons in 2015 as eighth overall.

Along with the Pistons and Lakers, Johnson has additionally spent time with the New Orleans Pelicans and Toronto Raptors - meaning that a trade to Utah would mark his fifth team across nine seasons.