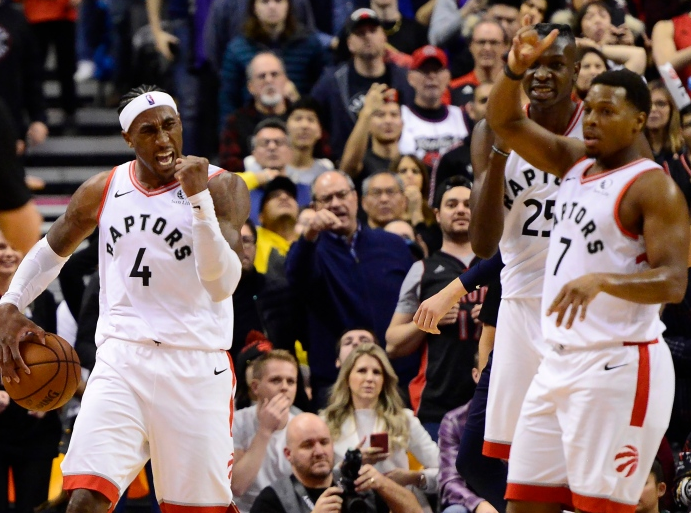 ’Tis the season of miracles.

Despite the absence of many injury-plagued players, the Toronto Raptors pulled off an unexpected and awe-inspiring 110-107 victory against the Dallas Mavericks in Sunday night’s game.

The Raptors had been trailing by a discouraging 30 points late in the third quarter in which they managed to brilliantly overcome, marking the greatest comeback in franchise history for Toronto.

"I would say historically we've always been a team that fights," said coach Nick Nurse after their home game win.

"In my time here, we hardly ever mail it in. It's a good characteristic to have. That thought barely came into my head there, and I said, 'We're going to give it a go here to start the fourth.'"

A lot of Toronto’s win had to do with the fierce playing power of Kyle Lowry who brought 32 points total, along with a supporting cast that included Rondae Hollis-Jefferson, Chris Boucher, Terence Davis and Malcolm Miller.

Toronto’s Pascal Siakam, Marc Gasol and Norman Powell were all out with injuries.

"We had a great team effort," said Lowry. "Malcolm, Terence Davis, Rondae and Chris Boucher, I give them all the credit today. They won that game for us. ... Give those guys the credit, man, seriously."

Boucher, who scored a career-high 21 points in Sunday’s game, also acknowledged Lowry for his team leadership.

"We all know that we have to step up, and it's easier when you have somebody like Kyle that's been there for years and always has a way to tell us what to do or what he needs from us," Boucher said.

"He was exceptional today with all the plays that he made and all the shots that he hit. A lot of people have been hard on him this year. We always had confidence in him and always knew he would lead us someway, somehow."

A leader and a fighter, Lowry is — and it’s a beautiful thing to watch that kind of spirit in action.

"Honestly, that's one of those games where you can't take anything for granted because we used so much energy to get there," said Lowry. "You've just got to hold on until that last buzzer goes off. Once that ball went sailing right, it was like, 'Wow.' That was a fun game."

The Raptors play again tonight facing the Indiana Pacers, with the Mavs playing Thursday against the San Antonio Spurs.