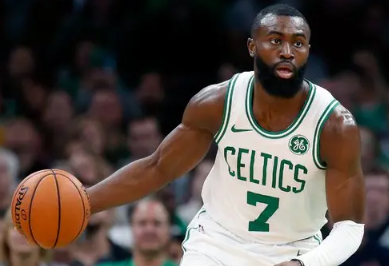 Yet it’s likely the Nets will continue to hold onto the 12-time All-Star and two-time NBA Finals MVP Durant.

Brooklyn Nets star Kevin Durant’s trade request is now coming up on week four, and the Boston Celtics are among other teams that have come forward in talks on a potential deal, sources told ESPN.

ESPN's Adrian Wojnarowski also said that while Boston is seemingly no closer to acquiring KD than other teams (including the Miami Heat, Phoenix Suns and Toronto Raptors), the Celtics’ ability to include Jaylen Brown as a centerpiece in the deal does help to make the team “formidable in its pursuit”.

Brown took to Twitter to share his disfavour regarding these trade rumors on Monday, tweeting out a simple “Smh”. Most of Celtics Nation echoed that same sentiment and were not on board with the idea of breaking up losing Brown, or better yet, breaking up the Tatum-Brown force.

But with all that being said, there are still no offers believed to have traction for the 33-year-old scoring prodigy Durant.

Wojnarowski reports that theCeltics offer additionally included three unprotected first-round picks (2025, 2027 and 2029), as well as two pick swaps in 2024 and 2026. However, The Athletic’s Shams Charania says the offer from the Celtics was Brown, guard Derrick White and a draft pick.

Whatever the case may be, both insiders say that Brooklyn rejected Boston’s offer and are asking the team to include both Brown and prevailing defensive player of the year Marcus Smart in the deal, in addition to other pieces.

"Currently, the Celtics are less inclined to include Smart along with multiple other player or pick assets, but the franchise is mulling over next steps on how to approach discussions, Charania writes.

On June 30, KD had requested a trade out of Brooklyn. With four years and $198 million remaining on his contract, this means the Nets are in no crunch for time to accept a deal that doesn’t meet their hefty price requirements.

Boston had defeated Brooklyn during the first round of the playoffs this spring, ultimately reaching the NBA Finals before falling to the Warriors.