Warriors' Draymond Green Wants to be Defensive Player of the Year, All-Star Again 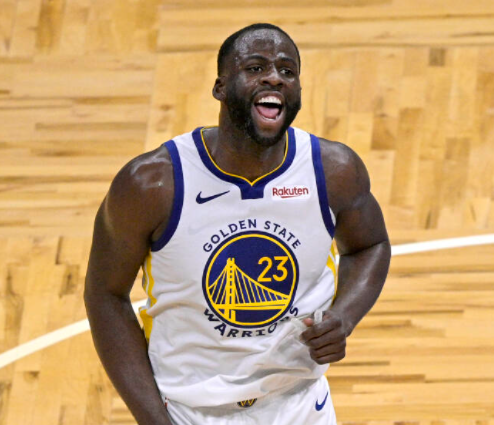 He attributes his boost in motivation and improved performance to his family - and says doubt from others has also added “fuel to the fire”.

Green proclaimed this after helping lead Golden State to a 119-104 victory over the Toronto Raptors on Sunday night.

"Kind of go through a lot of s--- and the love kind of wanes a little bit. But I've just found that love and joy for the game and I'm just enjoying playing basketball and controlling what I can control.

“A point of emphasis for myself this year was simply to control what I could control. That means on the court, that means with the referees, that means off the floor -- that's just a step in my life and I think it shows on the basketball court."

Green also acknowledged that his kids have played a fundamental role in his drive to prove himself as one of the NBA’s best players to ever do it.

After helping carry the Warriors to five straight NBA Finals spanning 2015 and 2019, it was natural for some to wonder whether Green could still perform at the highest level following two bland seasons where he suffered from various injuries and slip-ups.

A robust start to the season, Green is currently averaging 8.1 points, 7.6 assists and 7.5 rebounds while playing high-level defense - and he thanks his family for the motivation. "My son is getting older, my oldest daughter -- she's 7 now -- they kind of get on my ass if we lose," said Green.

"So that's motivation. And I think for me also, I've been s--- the last couple years, so my kids don't really understand how good I am. And I want them to see how good I am so they'll have an understanding. And so that is motivation for me. When I was playing at the top of my level, which I'm getting back to that now, they were like 3 and 1, so that is motivating for me to play well in front of them so they have an understanding of what I do.

Teammates and coaches of Green have also taken note of the forward’s impressive season start.

"I think Draymond Green is the best defender in the world," said coach Steve Kerr. ”I think he's had just an unbelievable start to the season. He's so motivated. He's so engaged every single night."

And this isn’t just a fluke: Green has been putting in the work to achieve top performance as of late.

"I take better care of my body today than I ever have," explained Green. "I don't drink really anymore like I used to. I used to go after it a little bit. I'm 31 years old now so I try to do all the necessary things to make sure my body is in shape and ready to go. Lifting more than I ever have."