What the Bucks’ Championship Win Means to Giannis Antetokounmpo 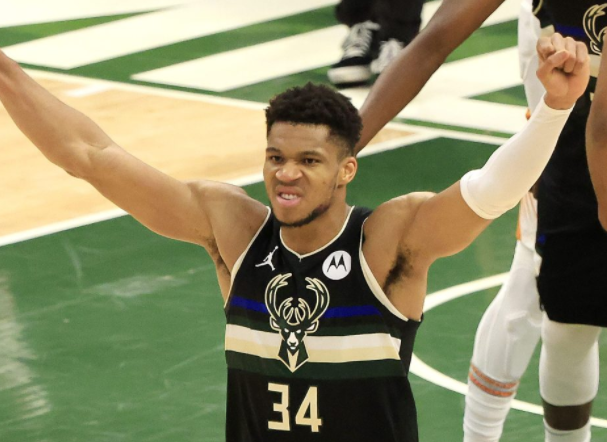 It’s a story of inspiration for anyone with life sized dreams.

On Tuesday night, we saw history being made as the Milwaukee Bucks conquered the Phoenix Suns for their first title in 50 years, and their second championship of all time - also marking the first championship for 26-year-old superstar center Giannis Antetokounmpo.

The “Greek Freak” Antetokounmpo was named the NBA Finals’ MVP following his scoring of 50 points in the victorious Game 6.

“This should make every person, every kid, anybody around the world to believe in their dreams,” said an overjoyed Antetokounmpo after the game.

“I hope I give people around the world from Africa, from Europe, give them hope that it can be done. Eight and a half years ago, before I came into the league, I didn’t know where my next meal would come from. My mom was selling stuff in the street.”

Antetokounmpo’s performance in Game 6 can easily be regarded as one of the greatest in NBA Finals history. The Greek prodigy was a defensive force to be reckoned with, blocking 5 shots and even adding 14 rebounds to his playoff career-high 50 points.

And despite what others may have told him in the past, the 6-foot-11 center was very capable of making free throws and was nearly perfect from the free-throw line, going 17 for 19.

“Don’t let nobody tell you what you can’t be or what you cannot do,” Antetokounmpo said. “People told me I can’t make free throws. I made my free throws tonight. And I’m a freaking champion.”

Now a two-time MVP winner with a title under his belt, Antetokounmpo entered the NBA as a humble prospect outside of the top 14 picks. And what a long way he’s come.

Coming into this season, there was talk that Antetokounmpo might leave Milwaukee in free agency - but his sights were set on the Bucks as he signed a super extension contract in December worth almost a quarter of a billion dollars.

CBN congratulates the Milwaukee Bucks on their triumphant championship win!

Now, we twiddle our thumbs and wait patiently for the next season - where we can only assume Antetokounmpo will continue to blow us away.