Will Raptor Siakam Be Traded For Beal and Lillard 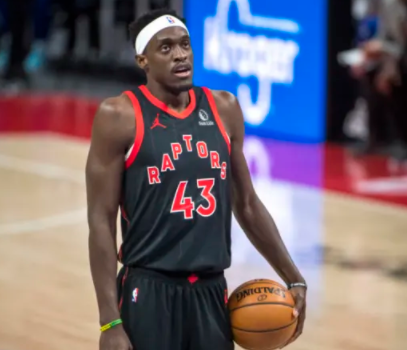 The Toronto Raptors will have the No. 4 pick in Thursday’s draft, with free agency set to officially begin on Monday at 6 p.m. ET, and teams allowed to announce signings on Friday.

With that said, the rumours surrounding the Raps all-star forward Pascal Siakam have been quite intriguing.

According to Bleacher Report’s Jake Fischer, the Toronto team has been one of the most aggressive in the days leading up to the draft, and have made Siakam available for trade.

But it gets even more interesting: Fischer reported that the Raptors have “been categorized as one of the most active teams in pre-draft trade chatter, exploring all avenues from swapping their pick in a deal for an all-star such as [Bradley] Beal or Damian Lillard to trading back and recouping more draft capital to embrace a post-Kyle Lowry rebuild.”

Beal and Lillard, hmmm. While this could all very well just be speculation, it’s surely catching the attention of fans everywhere.

"Beal's the guy right now," said one assistant general manager. "The one guy that could be available, that could help you win the whole thing."

Beal also had something to say regarding trade rumours.

”Ultimately, I'm in control," said Beal. "I think that's my biggest thing. People are going to report whatever they want, but I know where my mind is, and I know if it's not coming from the horse's mouth, then it's going to be rumors. I expect them. S--t, they're starting now.

"So it doesn't change anything. I guess it's going to increase a lot more this year with me going into the last year of my deal, but for me, I'm just relaxing, resting my body, and we'll evaluate all that when summer comes."

It should also be worth considering that Siakam is still undergoing healing from his shoulder surgery, with expectation that he won’t be able to make a return until around November - which technically would have an impact on his trade value, or at least one would think.

While Siakam may be available for trade, nothing is concrete, and it’s all nothing but talk for the time being.

Friday could not come any sooner.