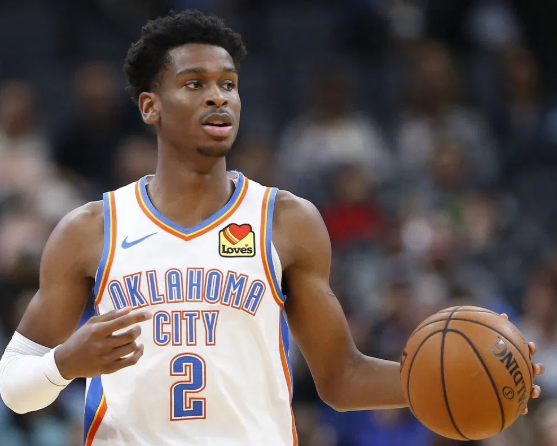 He joins three other NBA legends in this historic achievement.

Shai Gilgeous-Alexander lead the Oklahoma City Thunder to a 117-104 win over the Minnesota Timberwolves in Monday night’s game.

It also marked a particularly big night for the 21-year old shooting guard, as he secured his first triple-double bringing 20 points, a career-high 20 rebounds and 10 assists — and is the youngest in league history to ever do so.

"Coach had challenged me before the game to fill up the stat sheet more and do more things," said Gilgeous-Alexander. "Because he thought, as well as myself thought, that I was more capable of what I was doing."

“He's a big guard that can put it on the floor and create for others, and he's a bucket. He can make a bucket when he needs to."

"I just felt like we were on our heels a little bit in the previous game against the Lakers," said Gilgeous-Alexander. "That was one of the things that Coach mentioned to us, attacking first. I felt we did that as a group. When you attack as a group, you get more comfortable faster."

Forward Danilo Gallinari also brought a noteworthy 30 points to the Thunder, who established a 63-60 lead at halftime and pushed their lead into the double figures through the third quarter.

"I thought the third quarter for us was important," said Thunder coach Billy Donovan. "We had some action, had some really good ball movement, had some great clips offensively. I thought that was critical."

The Thunder play again facing the Toronto Raptors on Wednesday, with the Timberwolves facing the Indiana Pacers for the first time this season.