A community of former professional athletes will provide a playbook (a.k.a. pathway, roadmap) to student-athletes, parents and coaches for high achievement in sports and life. 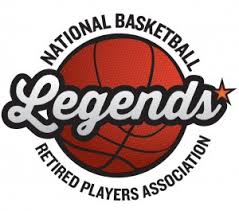 Spencer Haywood on the passing of Kobe Bryant: "The NBRPA is devastated over the sudden passing of NBA Legends, Kobe Bryant, and his daughter, Gianna. Kobe was a global icon who made an everlasting impact in our league and in professional sports around the world. We send our deepest condolences to his wife, Vanessa, and ...Read More >

NEW YORK, Jan. 1, 2020 – NBA Commissioner Emeritus David Stern passed away this afternoon as a result of the brain hemorrhage he suffered approximately three weeks ago.  His wife, Dianne, and their family were with him at his bedside. NBA Commissioner Adam Silver issued the following statement: “For 22 years, I had a courtside seat ...Read More >

NBRPA Chairman of the Board Spencer Haywood Statement on the Passing of NBA Commissioner Emeritus David J. Stern