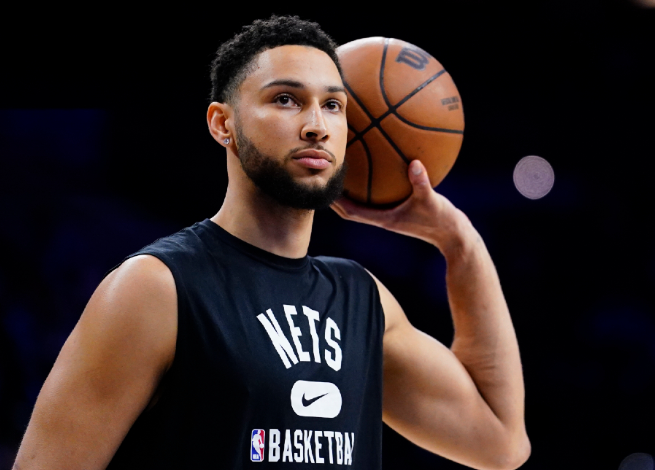 “He's a great complement to our team.”

Brooklyn Nets coach Steve Nash shared that he doesn’t care if Ben Simmons "ever shoots a jump shot” for the team due to his versatility and special set of skills.

"That's what makes Ben great. That's why I don't care if he ever shoots a jump shot for the Brooklyn Nets. He's welcome to, but that is not what makes him special and not what we need. He's a great complement to our team, and he's an incredible basketball player because of his versatility."

During his time with the Philadelphia 76ers, Simmons seemed to lack consistency with his jump shot, but his now making better performance a priority after missing the entirety of last season.

At the time, Simmons had been awaiting a trade out of the team followed by rehab related to his back surgery, in addition to dealing with mental health issues that are ongoing.

In good news, after the Nets’ second official practice, Simmons shared that he felt “amazing".

"I'm getting used to the up-and-down play," said Simmons. "I feel great. It's good to be out here with these guys."

On the Nets, Simmons will be playing alongside NBA greats Kevin Durant and Kyrie Irving - a new fit that has him and Nash especially excited. "I think they'll have a certain element of cohesion out of the gates," said Nash of the trio.

"Because they're all really good basketball players, but hopefully it's something that evolves. And they can continue to find ways to make each other better. I think that's the beauty, that they actually fit really well together, but it may take time.

"But out of the gates, they're still three great basketball players who I think are excited to play together and will make things happen immediately. But let's hope that there's a constant growth as well."

Simmons commented that some more time was still needed to learn about how Durant and Irving move.

"You're playing with some great NBA players, some of the greatest," said Simmons of the two stars. "So, for me, it's just playing alongside them, figuring out where they want their shots, how they move, different spots on the floor where I need to be. It's just timing."

Coach Nash is still working out where exactly to use Simmons, sharing that he would be comfortable to situate him in a center role when the contest calls for it.

"If he's the 'lone big,' that's a role we would definitely play him at," said Nash. "But he's also our playmaker and point guard."

"I'll play wherever the team needs me to play, whatever helps,” said Simmons. “

I can guard 1 to 5, play 1 to 5. I think it's just one of those things where we have so many different talents on this team, you could put me anywhere to help get points, get stops, whatever it is. ... I love playing the 5, I don't mind."