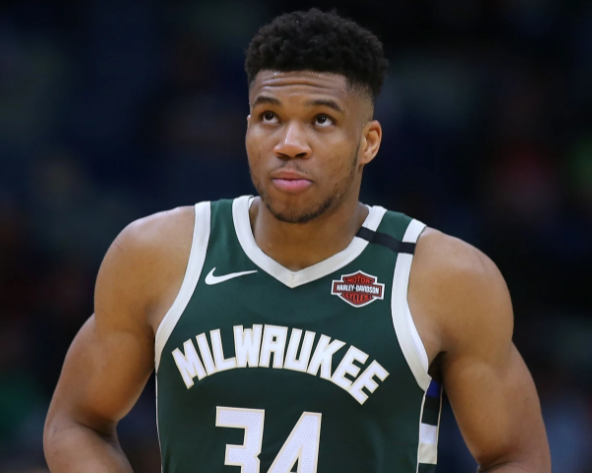 “I've become a champion [in Milwaukee], and I want to be involved.”

Milwaukee Bucks champion Giannis Antetokounmpo has reportedly purchased a stake in the Milwaukee Brewers, announced Friday by the MLB team.

Antetokounmpo marks the first new individual investor who has been added to the team’s ownership group since Brewers principal owner Mark Attanasio purchased controlling interest of the franchise back in 2005.

"Man, this is unbelievable,'' exclaimed Antetokounmpo at Friday’s news conference. "This is a dream come true for a kid from Sepolia, Athens, Greece, born from immigrant parents. I could have never imagined I would be in this position.''

Attanasio made a joke that he wondered whether David Stearns, president of baseball operations, might want to try putting the two-time NBA MVP at first base.

"We are honored to have Giannis join our team of Milwaukee Brewers investors," said Attanasio in a statement. "Giannis is a great athlete, a world champion, and a true local hero with international renown."

Antetokounmpo’s investment decisions comes one month after helping lead the Bucks to their first championship in 50 years (the last in 1971). Attanasio and Antetokounmpo shared that they had finalized this agreement back in May, but Antetokounmpo said they kept it quiet during that time as to avoid distracting both from the Bucks’ playoff run and the early period of the Brewers’ season.

"I want to be involved in the community as much as possible. I know Milwaukee invested a lot in me, and I want to invest a lot of me back into the city of Milwaukee.''

Antetokounmpo shared that he first started consideringhis ownership in a pro sports franchise last year while he was playing in the NBA playoff bubble at Walt Disney World - starting with initial team discussions of purchasing a European soccer club.

"Obviously growing up in Europe, there's not a lot of baseball over there,'' said Antetokounmpo. "I can tell you when I was introduced to baseball. I was 18. It was the first day I came to Milwaukee. I came to a game. But I know Christian Yelich. I know he's a great player.''

Attanasio shared a fun fact that about 20 Brewers players had been watching from a Fiserv Forum suite when the Greek Freak scored 50 points in Game 6 of the NBA Finals to secure the Bucks’ victorious title.

"We're trying to have some of that good karma that Giannis and his teammates created to rub off on us," said Attanasio.