Carmelo Anthony Shares That He Never Wanted to Leave Nuggets 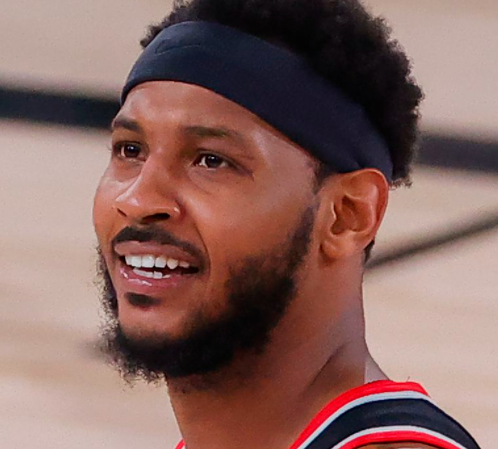 The newly-signed Laker claims that Denver had been preparing to move into a rebuild.

Carmelo Anthony has recently come out saying that he never wanted to leave the Denver Nuggets for the New York Knicks, a trade that occurred all the way back in February of 2011.

At the time, the story didn’t depict any hesitancy from Anthony - with everyone led to believe he was fully content with his trade decision.

"Contrary to what anyone believes, I never wanted to leave Denver," Anthony shared during his recent appearance on the All The Smoke podcast.

"They got rid of Dahntay Jones. On that team, Dahntay was a key piece on that team. They're like, we ain't re-signing Chauncey [Billups]. We're about to trade J.R. [Smith], K-Mart's (Kenyon Martin) contract was up and the lockout's coming?

“So, I’m not about to rebuild. I’m not going to rebuild after we done went to the Western Conference Finals. We’re supposed to be building, not rebuilding. And I went to them. I’m like, ‘I don’t want to go, but if y’all going to rebuild, it’s time for me to go somewhere else.’”

Anthony has also shared that the loss to the title-winning Los Angeles Lakers during the 2009 Western Conference Finals still disturbs him to this day.

In a 2020 Instagram Live video session, Anthony had told Dwyane Wade that he thinks that Nuggets team, including Billups, Nene, Smith and Martin, deserved that title instead.

And now, as Anthony enters his 19th season in the NBA signing on with the Lakers as of August 6th, he’ll have a chance to win his first championship with the team he was so close to taking the championship from 12 years ago.