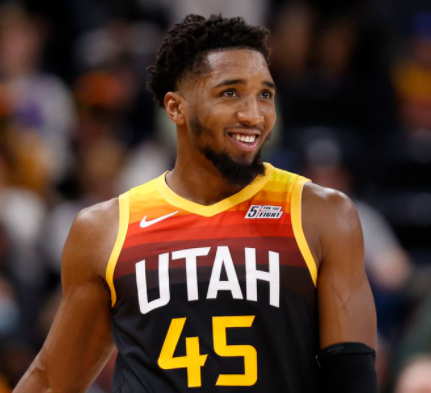 Monday night saw the Utah Jazz’s Donovan Mitchell carry his team to a 113-104 victory over the New York Knicks, as the star had 32 points, seven rebounds and six assists along with four steals.

Mitchell had played 36 minutes in Monday’s contest; his second game back following an eight-game absence due to concussion protocol. But needless to say, his performance was anything but rusty.

“Honestly, being out you can see a lot of different things — what’s needed, what we can do better, what’s going wrong,” said Mitchell. “For me, (I’m) finding ways I can impact the game outside of scoring, outside of stuff on offense — or even if it is on offense, little things.”

Leading the Knicks, who had lost nine in 11 games overall, Julius Randle had 30 points, with Mitchell Robinson adding a season-high 19 points and career-high 21 rebounds and three blocks. R.J. Barrett had 23 points, seven rebounds, and six assists, and Evan Fournier had 16 points.

“We’re six under. 500, but I think we’re still fighting for something,” said Barrett. “Every team has their stretches, they lose three or win three or whatever. It’s not the end of the world.”

The New York team had lost on the road after they held a lead to start the fourth quarter for just the third time this season. They shot 5 of 20 in the remaining 12 minutes while also committing six turnovers.

“Your margin of error on the road is a lot smaller,” explained Knicks coach Tom Thibodeau. “I thought our turnovers put them in the open floor and they got easy buckets off them."

In two instances, the Jazz rallied from 12-point deficits, opening the game’s fourth quarter with a 16-6 run to secure a 98-92 lead. And with back-to-back 3-pointers made by Royce O’Neale during the fourth, there was no shooting down Utah’s upper hand.

The Knicks cut the deficit to 98-97 after a three-pointer by Alec Burks, and Mitchell did what he could to preserve Utah’s lead - ultimately capping off a 7-0 run with a three-point play, placing the Jazz up 105-97 with 1:08 remaining.

“We know what he can do offensively,” said Conley of Mitchell. “When we see (those plays), it just gets us all going. We’re very excited with the way he approached tonight and finished the game.”

The Jazz go on to face the Golden State Warriors on Wednesday night, with the Knicks facing the Denver Nuggets Tuesday (tomorrow) night.