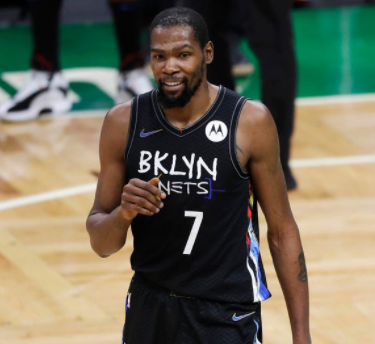 “We are thrilled to continue our partnership with [Durant] for years to come.”

The Brooklyn Nets announced Sunday that Kevin Durant has signed on for a multiyear extension.

The extension, worth the $198 million maximum, is for four years according to Durant's longstanding business manager and co-founder of Thirty Five Ventures and Boardroom, Rich Kleiman, who reported to ESPN's Adrian Wojnarowski.

The almost-33 year-old power forward had actually only wound up playing 35 regular-season games for the Nets last season, due to both COVID-19-related absences and a hamstring injury.

Even so, KD averaged 26.9 points, 7.1 rebounds and 5.6 assists across those games, also making his 11th All-Star appearance.

"Kevin is a transcendent talent who continues to drive and push this franchise and the game of basketball globally," said Nets general manager Sean Marks in a statement on Sunday.

”We are thrilled to continue our partnership with him for years to come."

Brooklyn has also signed 27 year-old free agent forward DeAndre’ Bembry, with terms not yet released. Bembry had averaged 5.7 points, 2.9 rebounds and 2.1 assists across 51 games with the Toronto Raptorsduring the 2020-21 season.

Furthermore, Kyrie Irving had joined KD in Brooklyn as free agents two years ago, with the Nets carrying out a blockbuster trade with the Houston Rockets to land James Harden in January.

That being said, both Irving and Harden will also be eligible to sign contract extensions with the Nets this offseason.

The Brooklyn Nets are currently projected to spend $296 million in payroll and luxury taxes this following season, according to ESPN's Bobby Marks. This would mark the second-largest total in league history, trailing only next season’s Golden State Warriors.

Needless to say, in order to retain these star players, the Nets are willing to put out the big bucks.