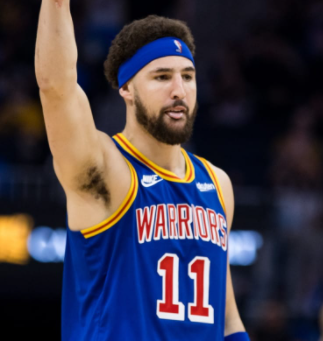 The Golden State Warriors’ Klay Thompson made a whopping seven 3-pointers and scored a season-high 41 points for his team on Sunday night.

Thompson’s impressive performance led to a 128-107 win over the New Orleans Pelicans and a third seed secured in the Western Conference playoffs. It also concluded the Warriors’ regular season with a game-winning streak of five.

“What I battled through, I'll never take a 40-ball lightly again,” shared Thompson, who had been sidelined for over two seasons with both knee and Achilles injuries.

Now, Thompson heads into the playoffs having scored over 30 points in three consecutivecontests.

“That’s hard to do in the NBA," added Thompson. "I don't care who's guarding you, who's playing, 40 points is 40 points and that was a sweet night for myself.”

Also for the Warriors, Jordan Poole scored 22 points, Jonathan Kuminga had 18 and Damion Lee had 11.

For New Orleans, CJ Collum played only five minutes in the first quarter before taking the remainder of the night off.

Naji Marshall led the team with 19 points, Gary Clark added 19 points, rookie Trey Murphy III had 15 and Jared Harper had 10 . The Pelicans also already had a ninth spot in the Western Conference secured.

Pelicans coach Willie Green displayed optimism on Sunday despite the team’s double loss closing out the season - as his team will still have an opportunity to compete in the playoffs after starting 3-16, and still withtheir 2019 top overall draft pick Zion Williamson free of any injuries.

“We are proud of our group and where we are right now,” said Green. “The guys understand that they have worked extremely hard. They stayed together and we have a great opportunity.”

New Orleans still had some hope on Sunday when they cut a 29-point deficit down to 11 late in the game’s third quarter - but then Thompson squashed the team’s momentum when he scored 15 points in just a five-minute span early in the fourth.

“He’s come back from this long two-and-a-half-year absence, so for him to look the way he has the last couple weeks but also kind of break this game open tonight in the last game of the regular season is significant,” said Warriors coach Steve Kerr.

“Tonight was sort of a metaphor for Klay being back to Klay.”

The Warriors will play again on Saturday facing the Denver Nuggets in the Western Conference playoffs.