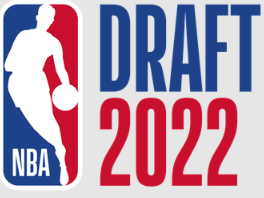 The NBA and National Basketball Players Association (NBPA) are expected to negotiate a new collective bargaining agreement that will involve lowering the draft-age eligibility from 19 to 18, sources told Shams Charania of The Athletic.

Additionally, both the NBA and NBPA are reportedly expected to develop a solution for players to be able to cite mental health issues similarly to the way the league deals with physical injuries, among other adjustments in the works.

This adjustment to the draft eligibility would enable high school players to make their leap directly from school to the NBA.

As it currently stands, the rules (established in 2005) require selected players to be at least 19 years of age during the respective calendar year of the draft.

In July, NBA commissioner Adam Silver said that he had hope the next CBA would lower the draft eligibility age.

In fact, Silver previously suggested increasing the age to 20, but then changed his mind due to the increase in NIL deals along with the potential for the league to assist players off the court from a younger age.

On the other hand, the new mental health implementation would enable players to manage their mental health issues with the same level of seriousness as a listed physical injury.

Shortly before last season, Brooklyn Nets star Ben Simmons had told the Philadelphia 76ers that he was not mentally ready to participate in the sport, leading to Simmons missing considerable time.

Furthermore, other players that include DeMar DeRozan and Kevin Love also opened up about their own mental health issues they had been dealing with.

This week, officials from the league and players' association will get together in person to continue discussions surrounding a new CBA ahead of the mutual opt-out deadline ofDecember 15.

Charania reported that the NBA along with some team governors are expected to push for more severe tax penalties, however both sides may be interested in making more general changes to the tax structure.