NBA Free Agency Rumours: Will Kevin Durant Get Traded Back to the Warriors? 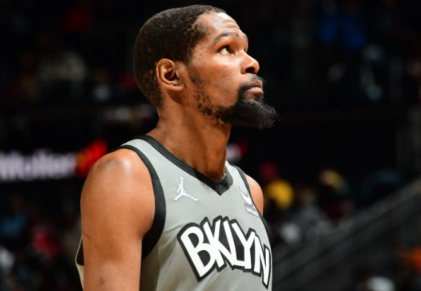 Marcus Thompson of The Athletic reports that the Golden State Warriors could be seeking a reunion with Brooklyn Nets superstar Kevin Durant as Stephen Curry, Klay Thompson, and Draymond Green have reportedly all been in contact. Outside of the Warriors, the Toronto Raptors have secured the best offer to the Nets.

According to Marc Spears of Andscape, the Warriors could theoretically arrange a trade package consisting of Jordan Poole, Jonathan Kuminga, Andrew Wiggins and James Wiseman in exchange for KD.

Spears suggested that this hypothetical deal may be the best one possible for the Nets, seeing as it would give the team young and rising players in addition to an All-Star in Wiggins.

"The one team I’m telling you guys to keep an eye on is the Golden State Warriors," said Spears said during a recent appearance on ESPN Radio.

"Golden State could have the best package for both parties. Jordan Poole, Jonathan Kuminga, All-Star Andrew Wiggins, the former No. 2 pick James Wiseman. What the Nets want is a young All-Star and want perhaps a future All-Star. They’re all under 30. They also want picks, maybe the ability to swap picks. But if you can get those four players, if I’m the Nets, I’m very, very happy."

Spears then went on to explain how Durant getting traded back to Golden State would benefit both player and team. "For Kevin Durant, the Warriors -- they're very familiar with [Durant] and vice versa," he continued.

"He knows where to live in San Francisco. He knows how the offense works. He knows he can win a championship there. Yeah, Steve Kerr would probably have to figure some things out. But with each passing day that this carries on, I’ve heard the Warriors have interest in terms of a young haul, in terms of people being happy on both sides. To me, the Golden State option is the best option."

While there are no actual reports of talks regarding such a trade, it can be fun to dream up these scenarios.

With that said, Sporting News' Stephen Noh believes that while Spears’ hypothetical package may be the best possible for Durant, with the Nets also likely to “bite on it” - “the Warriors probably wouldn't be interested”, Noh says.

“Durant definitely wouldn't be. Barring a series of marathon therapy sessions between everyone involved, it's not happening."

July 4 (today) marks the six-year anniversary Durant joining Golden Statefor the first time as a free agent. He would then go on to win two NBA championshipsalong with two Finals MVP awards with the team before being traded to the Nets.

Durant’s return to the Warriors would certainly be nostalgic, and we’re anxious to see what happens.