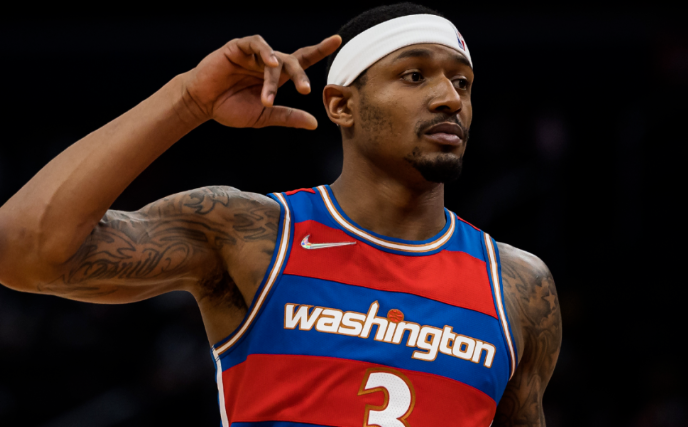 “I know what my decision will be based off of, and that's gonna be where I feel like I can win.”

For many years, Bradley Beal’s future with the Washington Wizards has been a hot topic of debate.

Beal has a tendency to keep fans guessing with trade and free agency rumours, and it always seems like his departure from the Wizards is on the horizon - yet, without fail, he continues to stay in place.

With that said, the 29-year-old does have a 36.4 million-dollar player option for the next NBA season, and is expected to opt out and sign onto a new long-term deal. But who’s to say if that will be with the Wizards or another team?

"Even if Beal simply re-signs with the Wizards, he can increase his 2022-23 salary to the projected max of $42.7 million. Per [Adrian] Wojnarowski, Beal is very likely to decline the option and re-sign with Washington on a five-year deal worth a projected $248 million that would take him through age 33."

According to last week’s report from The Athletic, the All-Star guard had already made his decision but was choosing to keep it under wraps.

Mid-June would be rather early on in the free agency process for Beal to have already made arrangements with a new team - besides, there aren’t many teams with actual max cap space as it stands, and Beal will make off with a higher payout if he chooses to stay with the Wizards.

In a recent interview with Bleacher Report’s Taylor Rooks, Beal provided some insight into what he’s been taking into account to make his decision.

"Obviously, I consider my family," said Beal. "What do they wanna do? Where do they wanna live? What are they comfortable with? And, obviously, the team.

“So, it is surreal in a lot of ways to be in the position I am in. It is crazy numbers. It is what it is. It's uncontrollable. It's out of my control. But I'm blessed to be here.

“Again, I don't shy away from that. I take it on with a full front and I have to do what's best for me. There is a little anxiety because I have to make the decision and time is counting down. We're in June now. But it's fun to be in this position."

During his 10-year NBA career, Beal has averaged 22.1 points per game on 45.6 per cent shooting from the field, as well as 37.2 per cent from beyond the arc.

And at the end of the day, Beal just wants people to respect the choice he makes.

Beal’s dedication to the Wizards, a team he’s been loyal to since 2012 when he was the No. 3 overall pick, is quite commendable - so it would certainly throw off fans and spectators if he chose the unexpected (and less profitable) path.