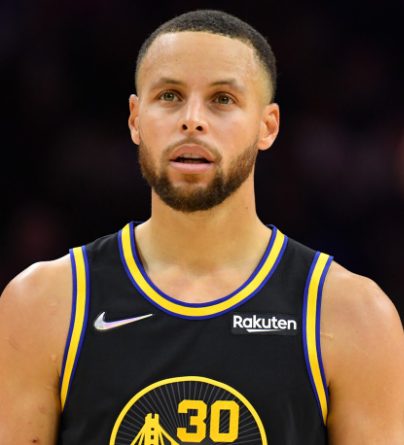 “We had the game at the pace we wanted to get it at.”

The Golden State Warriors have made it to the Western Conference semifinals following a victorious 102-98 win over Nikola Jokic and the Denver Nuggets in Game 5 on Wednesday.

Stephen Curry brought the heat for his team, finishing with a team-high 30 points, while Gary Payton II made game-winning moves in the fourth quarter.

Interestingly enough, during the first half hour of Wednesday’s matchup, Golden State appeared uncertain and lacking in energy.

"You could tell we were pressing a little bit," shared Curry.

"For me, Draymond [Green], Klay [Thompson], [Kevon Looney], we've all been there before and know that feeling and love the competition and the environment. It's also a reminder of like this -- tonight was just a weird feeling because we had not been there in a while.

“Again, we wanted it so bad. Kind of made it a lot more difficult on ourselves.”

It was during the 6:20 mark of the third that Green made his 26-foot 3-pointer to lift Golden State within six of Denver - giving them that initial boost that was necessary to carry them to an ultimate win.

"We went on a run, and we cut it to one, and then they ended up pushing it back to eight. But we knew right there that we had gained the traction," said Green. "We had the game at the pace we wanted to get it at."

In the fourth quarter, Curry scored 11 of his 30 points and made the perfect teardrop layup to carry the Warriors ahead of the Nuggets with just 30 seconds remaining.

"I have so much faith [in Curry]," said Thompson. "Some of the 3s he was making tonight were incredible. And also getting to the rim, making the pocket pass. Steph Curry is a special, special player, and you'll probably never see another player like him again."

But Payton made perhaps the biggest impact to lead the Warriors to winning territory - finishing with 15 points on 6-of-8 shooting, including a wide-open 3 that gave the team a much-needed 86-84 lead during the game’s final stretch.

He then hit another 3 to put Golden State up five with less than a minute of game time remaining.

"I don't know how to begin on that one," said Warriors coach Steve Kerr when asked to describe what Payton brought to the contest. "His defense in the fourth quarter was fantastic. That's why I stayed with him. But then he started knocking down 3s and getting to the rim for a couple of layups.

“I thought he was just a huge factor in the game, and he deserved to stay out there with the way he was playing, so we kept him out there the whole fourth, and he came through big-time."

The Warriors will proceed to Game 1 facing the winner of the Minnesota Timberwolves-Memphis Grizzlies series in the second round, occurring as soon as Sunday.