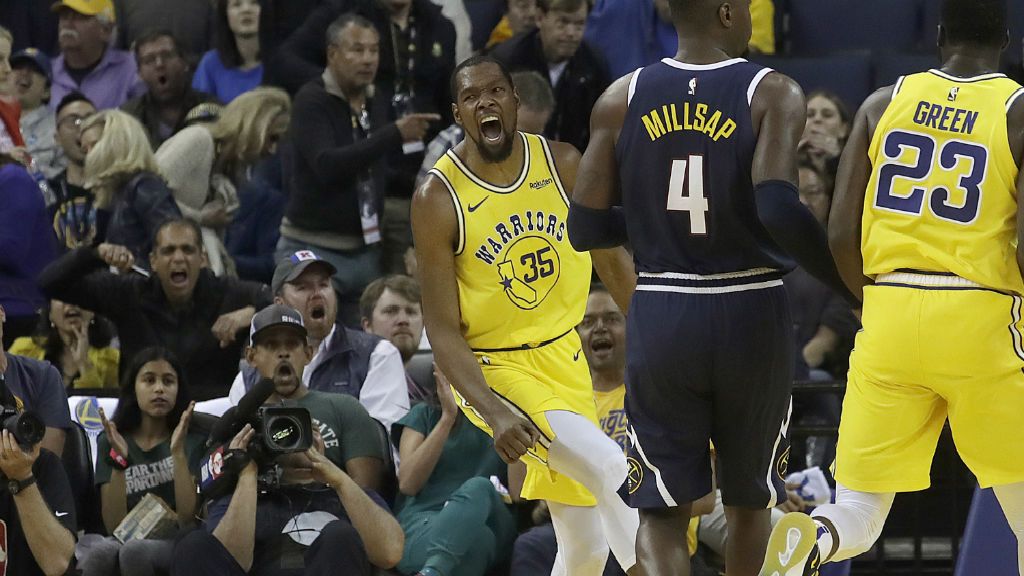 The Golden State Warriors took down the Denver Nuggets 116-102 in Tuesday night’s heated matchup game, increasing the team’s lead for the top seed in the Western Division.

"The energy in the crowd at that point was incredible”, said Warriors coach Steve Kerr.

"Kevin attacking the rim got the crowd into it even more," said Thompson. "That was unbelievable. No one was trying to get in the way of that second dunk he had. That was ridiculous.""

But it wasn’t all puppy dogs and rainbows for the 30-year old All-Star. Durant was ejected after a second technical foul with 8:21 left in the third, bringing his total number of technicals this season to 15 (joining DeMarcus Cousins).

Both Durant and Cousins are now just one technical away from a full game suspension.

"I think we can be better at keeping our poise, myself included”, said Kerr.

Let’s see how well the Warriors keep their poise in Thursday night’s game against the Lakers.