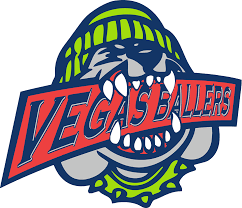 AAU basketball has taken the country by storm. The sports best talent at a multitude of ages participate in AAU because it is full of the best talent and conception you can face. Jerome Williams formed the Vegas Ballers and boy was this team fun to watch. It’s not often you can say that about a bunch of 10 year olds but golly, these kids were dominant.

The most important thing to showcase is ball movement. The ball was always moving as the Ballers were looking to get the best available shot on every possession. That trait isn’t possessed by 99.9% of kids their age. The unselfishness portrayed by these kids was tremendous, for 10 year olds not to care about who scores is simply astounding. That’s a trait high schoolers, college players, and grown men in the NBA don’t have.

In game one the Ballers executed their full court trap to absolute perfection as they forced turnover after turnover en route to a 50-point win. The instincts and anticipation showcased by some of these kids was tremendous and I was shocked to see them perfect the art of taking away passing lanes and pick off pass after pass. As the game got more and more out of reach the Ballers started to have some fun with it and dished out a multitude of no look passes. The next game was a rough go as they lost by about 15. The game was a learning experience for the Ballers as they struggled to generate offense and made some mistakes on defense against a very good CM Bulls team. The full court press didn’t generate many turnovers until it was little too late. The Bulls broke that pressure early and often by making the simple key passes necessary, I was impressed by their point guard who at just 10 years old handled that wild pressure with ease, he was so calm and poised. The Ballers third game was a 25-point win as they shot the ball extremely well and the trap forced an abundance of steals. In their final game of the tournament they faced an older team that was well, much taller. It was a good test for the Ballers because playing older competition only makes you better, the final score isn’t what this game was about. It was all about the fight displayed by a younger Ballers team as they fought hard for 40 minutes and gave it all they had. We saw some stellar defense from the young guns and Jerome made this game a teaching moment as he preached the importance of patience time and time again.

I’ll echo the importance of patience. This is a group of 10 year olds playing in their first tournament together, there will be highs, there’ll be lows. They’ll grow in the coming months and years as they become a phenomenal team.

In the end the goal is to prepare these young men for their futures as good basketball players and quality human beings. This is a very talented group that is being coached by somebody who wants to see each kid go onto playing at the college level and making positive impacts in life.