After Game 4 Victory, Raptors are Just One Game Away from Historic Championship Title 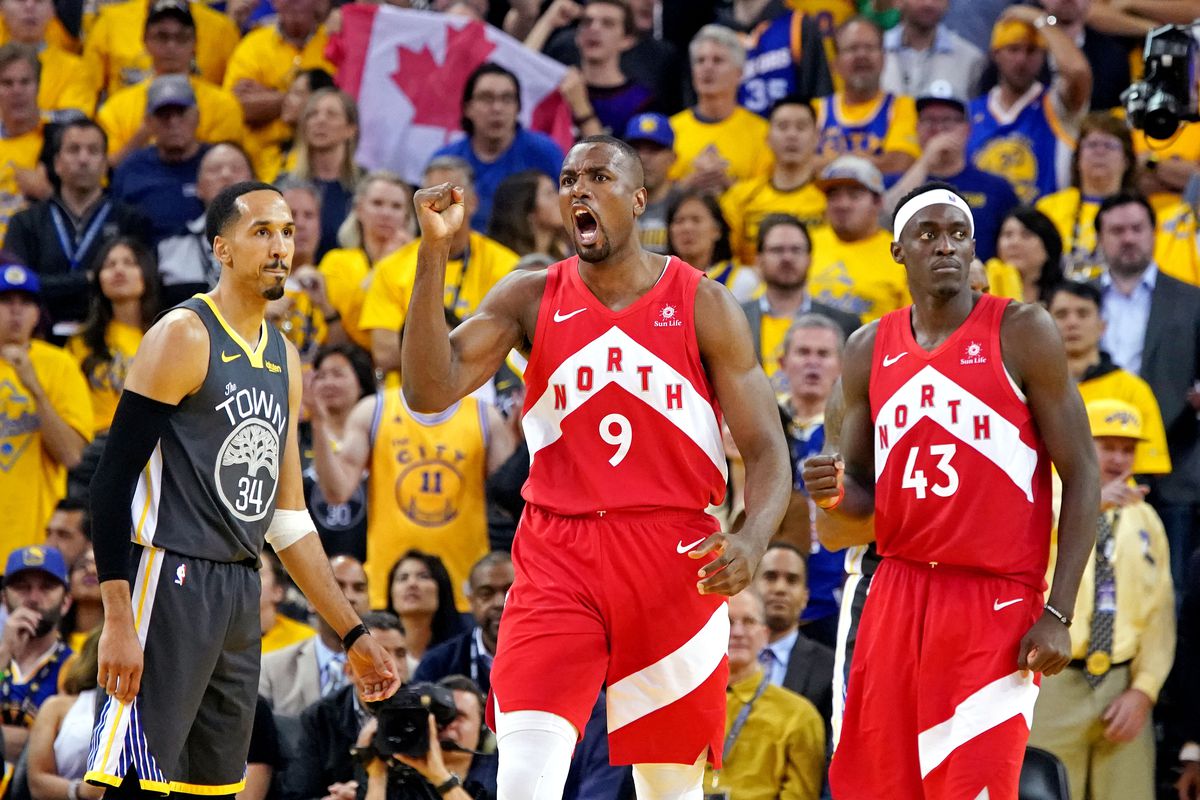 24 Years In the Making; It’s a Big Moment for Toronto – and For All of Canada

Nobody really saw Friday night’s game ending the way it did. For the first half it seemed like Golden State had Game 4 in the bag – especially with the strong return of key Warrior Klay Thompson.

But the cool and confident Raptors took it upon themselves to really amp things up in the game’s second half, ultimately beating their opponents 105-92 for a 3-1 lead in the NBA Finals.

“We were confident,” said Toronto’s Kawhi Leonard after his team’s win.

“We're on the road, down four, we wanted to come in and have a good third quarter coming out the first five minutes, stay aggressive on both end of the floor, keep our energy up. And that's all we did.”

A relentless Leonard led his team in points with 36, making it his eighth game with over 35 points in these playoffs according to NBA.com/stats.

“I mean, he played amazing”, Golden State’s Stephen Curry, who brought 27 points to the game, said of Leonard. “He hit every big shot, momentum shot that in that third quarter. It gave them the lead.”

“We put a lot of work and we believe in us, but one of the good things about us is our toughness, mind toughness,” said Ibaka. “We be getting better and better each round, first round, second round, third round, and now we are here.”

Toronto’s Fred VanVleet walked out of the game with 9:35 remaining after his face (more specifically; his eye and tooth) took a hit from Warriors guard Shaun Livingston's left elbow. “I didn’t lose [the tooth]. But it did some damage,” said VanVleet.

“Hopefully by the next time you guys see me, I’ll have it fixed. Took a nice shot there. Unfortunately, it took me out of the game. But I was trying to hurry up, get it stitched up and be back on the bench with the guys. And they took care of business.”

Needless to say; VanVleet is prepared and expected to play in the monumental Game 5.

Despite being on the losing end of a 3-1 lead for the Toronto Raptors in the NBA Finals, the Golden State Warriors – a team that’s been a part of the NBA Finals for 5 consecutive seasons now – plan to prevail Monday to secure their chance at the championship title.

"It's not over. It's not a good feeling right now, obviously," Curry said. "We've been on both sides of it and for us it's an opportunity to flip this whole series on its head."

On the other hand, the first-time finalist Raptors go into Game 5 on Monday with a chance at making NBA history.

“We just have to stay confident in ourselves, be patient, don't try to rush things, and see how it plays out,” said Kawhi Leonard.