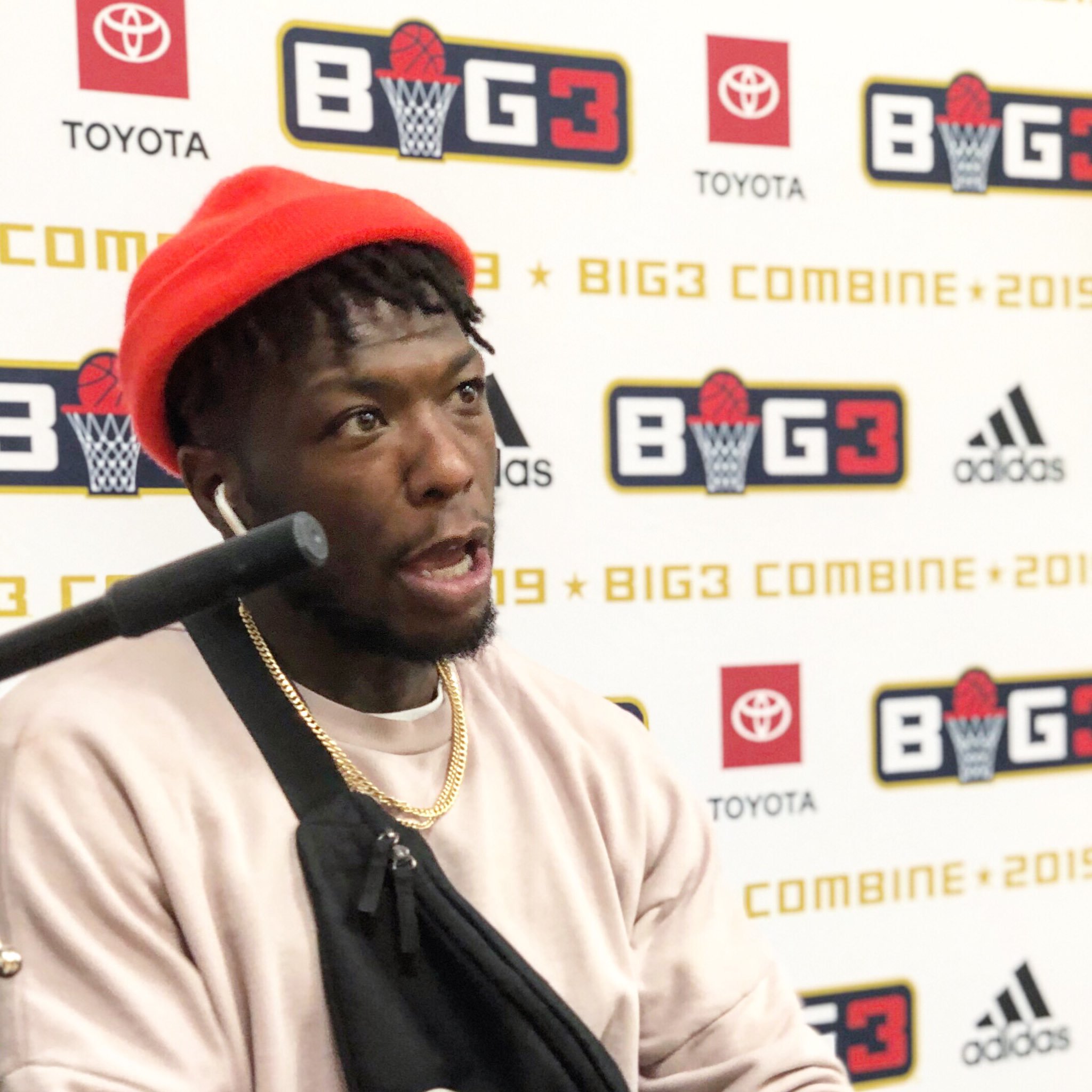 The BIG3 Combine just went down in Las Vegas, Nevada at the Tarkanian Basketball Academy. First off, thank you to TBA for hosting this incredible event. The Combine was absolutely fantastic and here is what the event entailed.

First off, each player was given a number ranging from 1 to 100, they then warmed up for about half an hour before introductions began. The introduction was simple but very informative, Ice Cube was pushing each individual athlete to play the best basketball they can and leave a lasting impression on those coaches and captains who are scouting the talent here. Clyde Drexler followed that up with some words of wisdom and then the event was officially underway.

Each athlete was given a team to play on at random. Here are some of the teams that were put together… Josh Selby, Gary Forbes, Josh Powell, Tony Delk, and Desmond Farmer. Another team featured the likes of: Salim Stoudimire, Jamario Moon, Solomon Jones, and Luther Head. Each game was played to 25, the event used up four courts with 2 games on each. 20 teams were put together so if you weren’t playing, you had next on a certain court. BIG3 Director of Basketball Operations summed it up best: “This is basically NBA 2k’s MyPark. Multiple games being played at once, eyes watching all the action, walking from court to court figuring out who you want next. It was genius. Nate Robinson of Tri-State was in the building today and he was videotaping the entire gym in awe just repeating “This is just like 2k, This is just like 2k!” And man was it fun to watch, so many basketball icons were in the housse jumping from court to court to see all this talent shine. I recall Ricky Davis of Ghost Ballers and David Hawkins of Trilogy both “fight” each other for the chance to speak with Yakouba Diawara after he lit up court four. Both Ricky and David wanted to speak with Yakouba with the intention of possibly drafting him on May 1st. My favorite players to watch today were Royce White and Jason Richardson. Expect to see them go early in the draft!

I spoke with Brian Scalabrine and Nate Robinson about their goals at today’s combine.

Brian stated that he was looking for a big-time on-ball scorer and a big that can hold their own down low, helping the Ball Hogs eat on the glass. Scal also commented on some players that caught his eye today, those being: Xavier Silas, Jermaine Taylor, Will Solomon, and Chris Johnson among several others.

I asked Nate the same two questions, he said he’s definitely looking for some help off the bench, a shooter, a big guard, and a rebounder. A lot on the list for Tri-State let’s see how they attack the draft. Nate also stated that he loves the current roster that features himself, Amar’e Stoudemire, and captain Jermaine O’Neal. Among those that caught his eye today were: Trey Simmons, Chris Johnson, Derrick Byars, and so many others that he couldn’t even keep track of all the names. Robinson also let it be known that he expects to reach the championship game this season after the heartbreaking semi-finals loss last season.

Also assisting the combine was The Young3 staff. Helping keep track of scores, keeping the players hydrated, making sure the floors were wiped clean so nobody slipped, rebounding for players warming up. The Young3 staff continues to help out in anyway possible have to love it!