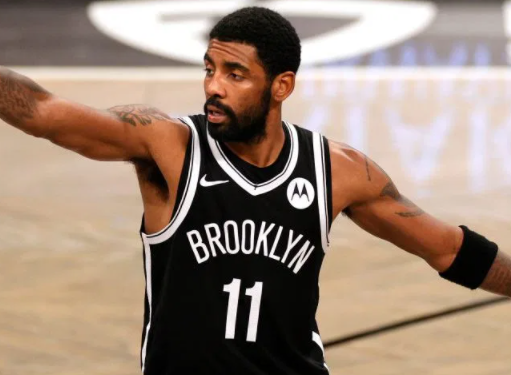 The Brooklyn Nets fell to the Cleveland Cavaliers in a 147-135 loss on Wednesday, which saw top players Kevin Durant, James Harden and Kyrie Irving in their first game together (including Irving’s first play since Jan. 5 — over two weeks ago).

Durant brought a team-high 38 points to the table, with teammate Irving adding 37, and Harden bringing a total of 21 points (which didn’t begin until the final minute of the first half), as well as 12 assists and 10 rebounds.

"It felt right," said Durant of playing alongside Harden and Irving.

"Felt perfect, felt like we belong together. It felt like just joining together is going to be fun. It was a tough start, especially it was an up-and-down game for us."

The Nets had some obvious issues to overcome on the defensive side of things, with the Cavaliers ranking considerably poorly on the offensive end - in fact, the worse in the NBA as of Wednesday night.

But the team still managed to defeat Brooklyn; shooting over 51% from the field, including 50% from 3-point range.

"We had breakdowns all over the place," said Nets coach Steve Nash. "So we've got a lot of work to do. We know that. We know we have a very offensive team right now, so we have to find ways to defend, to get connected, to be on the same page."

Then there was Landry Shamet, brought in to help the Nets round out its bench, who never ended up playing.

"I think the second overtime, there was fatigue," said coach Nash.

"Right now, it looks like we made the wrong decisions. But if they don't make that 3 at the end of the first overtime, it looks like it was worthwhile. Sometimes you roll the dice."

Irving was happy to get back on the court Wednesday after his brief hiatus.

"Always playing the game that I love, I am grateful," said Irving after Brooklyn’s loss. "I never take it for granted. Then also to be playing with Kevin Durant, James Harden, just those names alone right now, just were having some fun."

The Nets will play again at Cleveland on Friday.