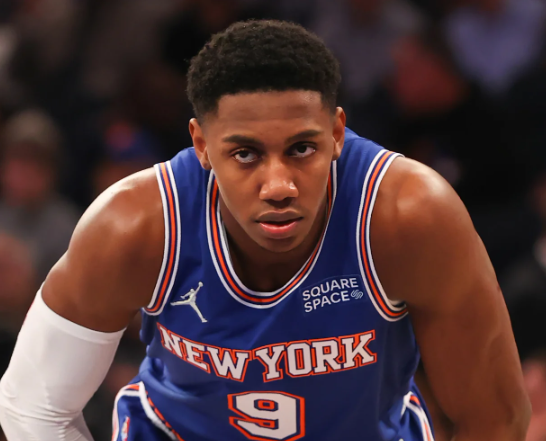 New York Knicks guard RJ Barrett is currently wrapping up a four-year rookie extension that may be worth as much as $120 million, his agent Bill Duffy of BDA Sports and WME Sports reported to ESPN on Monday.

The deal will make Barrett, 22, the youngest $100 million player in the history of the New York team - while putting an end to several weeks of Knicks-Jazz trade talks regarding Mitchell.

Sources said that New York president of basketball operations Leon Rose established a Monday night deadline with Utah to finalize a trade agreement for Mitchell, or else the Knicks would have to commit to the Barrett deal.

As the Knicks’ first draft pick to agree to a multiyear contract extension following his rookie deal since Charlie Ward in 1999, Barrett’s deal would put an end to the franchise’s 23-year-long drought (ESPN Stats & Information research).

With that record, he joins Luka Doncic, Kevin Durant and LeBron James.

Sources said that the reason the process of finalizing the extension went on for several additional weeks was due to the fact that then Knicks included Barrett in trade proposals for Mitchell.

Once the team committed to Barrett’s extension, management had to come to terms with there being a more challenging journey to an offseason deal to acquire Mitchell. But sources said that neither the Jazz or Knicks are ruling out starting up talks again before training camps begin in late September.

In order for Barrett to be included in a trade to Utah, the Knicks would have to find a third team with salary-cap room to redirect Evan Fournier’s contract worth $37 million.

Sources said that the Jazz aren’t currently engaging elsewhere on any Mitchell deal, at least not seriously, which confirms the possibility that he may still be on the roster for the beginning of training camp.