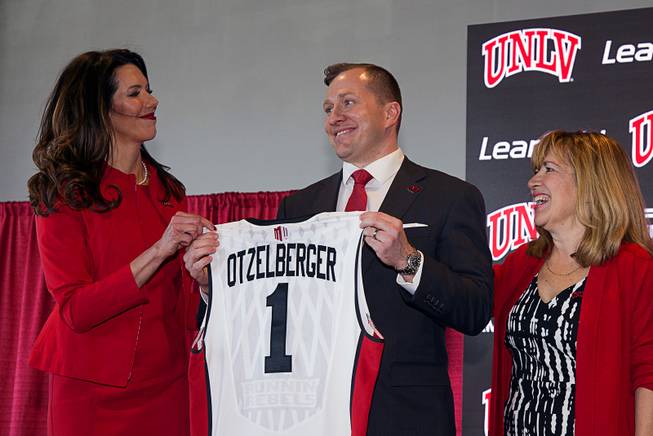 With the college basketball season coming to a close we have seen many names be thrown into the coaching carousel. Let’s take a look at some of the coaches who have been hired, fired, or retired.

We start at Alabama. The school cut ties with Avery Johnson and hired Nate Oats. Oats took Buffalo to the national stage this season as the Bulls were ranked nearly all year and were feared by many. Oats donned a record of 96-43 at Buffalo, good for a nice winning percentage of 69.1% The 2-time MAC Coach of the Year left Buffalo after signing a contract extension that would have him under contract until 2024. Just 13 days later he was gone for Tuscaloosa. I love this hire by Alabama, taking a chance on the biggest mid-major coach available on the market. Bama has to play in a top-tier conference, expectations are not high for this football school, so I really like getting Oats who will work hard and set his expectations high for the Tide. If Oats can get Bama on the bubble in year one, I really like where Bama is headed under Oats. Oats should have Alabama ranked in year two and I’ll bet they are a tournament team in year 2. This is an A+ hire.

Buffalo responded by hiring Jim Whitesell. He’s been an associate head coach at Buffalo since 2015 and was the head coach of Loyola-Chicago from 2004-2011. He held a record of 109-106 with the Ramblers. I’d give this hire a solid C. I think there are better names from lower schools to take a stab at, but I respect staying in the school and trusting a guy who has worked with Nate Oats and the Buffalo program for four years.

Staying in the SEC, Arkansas let go of Mike Anderson and replaced him with Eric Musselman. Coach Muss took over a Nevada program that was in shambles, Muss had them 24-14 in just his first season with the Pack. He then made the tournament three straight seasons with records of 28-7, 29-8, and 29-5 as they won the Mountain West in those three seasons. He was able to get virtually any transfer he wanted and was able to get and keep Nevada in the top 10 of the rankings for much of the 2018-19 season. I’m a bit surprised that Musselman took the Arkansas job instead of staying at Nevada for another season and seeing if a bigger and or better job opened up. I’d give Arkansas a B+ for the hire of Muss.

Nevada has not yet hired a coach but the next head coach will be in good shape. With guys like Larry Drew, Jordan Brown, and Jazz Johnson set to return plus talented freshmen in K.J. Hymes and Jalen Townsell plus the abundance of transfers Muss has accumulated for the Pack. The next coach should continue to build the same way Muss did, grab all the great transfers you can and add some solid recruits every year. One name I’d like to see Nevada reach out to is Wes Miller from UNCG. Wes has had UNCG looking really good over the past few years and he’s going to be a big name on the coaching carousel in the coming years.

Nebraska let go of the lovable Tim Miles and hired Fred Hoiberg. First off I really hope Miles gets a good job very soon and is able to thrive there. As for Hoiberg, the 46 year old coached Iowa State from 2010-2015 and had a short stint with the Chicago Bulls shortly after. Fred actually played for both ISU and the Bulls way back in his career. The 2012 Big 12 Coach of the Year went 115-56 with Iowa State, took them to the tournament four times in five tries, and made the Sweet 16 just once, in 2013-14. I give the hire a B+. It’s a solid hire for the Huskers who get a good college coach that is returning to the NCAA after an abysmal stretch in the NBA. A redemption story for Hoiberg? Maybe so.

Texas A&M went out and got Buzz Williams after they let go of Billy Kennedy. Buzz is just 46 years old and returns to Texas, the state he was born in. Buzz holds a record of 253-155 in college with stops at New Orleans, Marquette, and Virginia Tech. He took Marquette to the tournament five times in six seasons and coached them to back to back Sweet 16s in 2010-2011 and 2011-2012. He then got Marquette to the Elite Eight in 2012-2013 before failing to reach the tournament in his final year at Marquette in 2013-14. The job he did at Virginia Tech was remarkable. After going 11-22 (2-16) in year one he took them to the NIT year two before reaching the tournament the next three seasons. His Hokies were just a mere three points away from an Elite Eight appearance this season. The hire for A&M gets an A from me. Things might start slow but Buzz will get this program rocking as fast as he can. Aggie basketball could very well be back and feared by many very soon.

Virginia Tech was quick to respond as they hired Mike Young. Credit to VA Tech for being able to snag Young from Wofford, I didn’t think Young would leave Wofford but hey the Hokies got the Virginia native to return home. Young coached at Wofford from 2002-2019. It’s the only head coaching job he’s ever had in college. The four time coach of the year had Wofford playing the best basketball it has ever played. He finished his Wofford campaign with a dream season. 30-5 and 18-0 in conference. The undisputed SoCon champs, a conference that was loaded at the top this season. He fell just short of a Sweet 16 as Kentucky narrowly escaped Wofford. I give Virginia Tech a B for the hire. I really do like Mike Young but I have some concerns about how successful he could be at Virginia Tech. It’s only his second head coaching job, he has to takeover a program that was at its best in recent memory but could be on the downfall after the loss of Buzz. Players might transfer out and Young could have a tough task ahead of him at VT. I hope he does very well and overcomes the obstacles.

UNLV made a big chance in Vegas and it was a very bold hire. They parted ways with Marvin Menzies and hired T.J. Otzelberger. T.J. coached South Dakota State from 2016-2019 after being an assistant coach at Iowa State and Washington for about 10 years before. He won the 2018 Summit League Coach of the Year and took his Jackrabbits to the NCAA tourney in 2016-17 and 2017-18. His best team failed to make the tournament as the 2018-19 team was upset in their first game of the Summit League Conference Tournament. T.J. held a record of 70-33 at South Dakota State, his teams played at a very fast pace and just had a prolific offense. His team once scored 90 points in the first half of a game against Savannah State this season. Unreal. The most impressive part about T.J. at SD State is that he was able to get high quality players to come and stay at South Dakota State which is located in Brookings, South Dakota. A city home to just 22,000. He had Mike Daum stay all four years of his career, Daum exited as the 7th all-time leading scorer in NCAA History as he totaled for 3,067 points. While Otzelberger did not recruit Daum, he was able to keep Daum in Brookings and kept him from transferring. T.J. hopes to bring star, David Jenkins with him to UNLV, Jenkins averaged 19.7 PPG this past season after scoring 16.1 PPG as a freshman. UNLV fans would be ecstatic if they can land Jenkins. Caleb Grill, the top recruit SD State had committed, recently de-committed after seeing T.J. leave SD State, could UNLV be in on the point guard from Kansas too? I love this hire so much, Coach Otzelberger might very well be a future star coach. It’s an A+ hire and the Runnin’ Rebels should be back, emphasis on Runnin’ because these teams are going to play fast and furious like the glory days.

I can’t wait to see what other hires occur in the coming weeks!