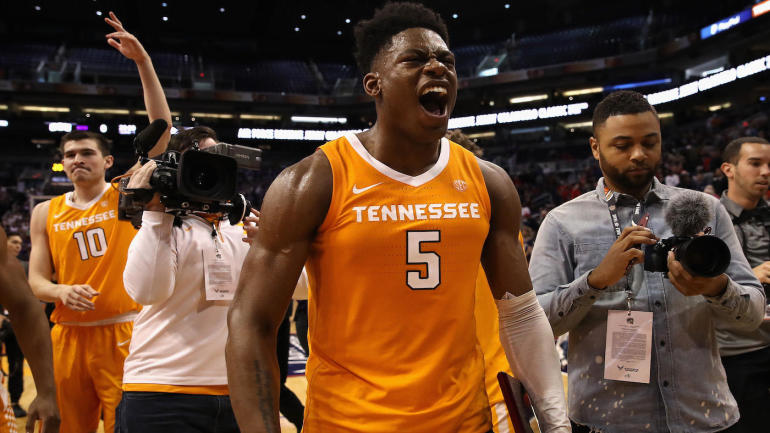 Another great week of college basketball, it never fails to amaze. #1 went down again and plenty of mid-major talent keeps thriving.

For the 2nd time this season, #1 has fallen to another top 10 school. First Gonzaga, took down Duke in Maui, now Tennessee has defeated Gonzaga in Phoenix. This game was amazing, I feel bad for you if you only watch college basketball in March, this is only December and we just saw Gonzaga and Tennessee play a Final Four caliber game. Tennessee was hot early, jumping out to a 9 point lead, and a 1 point halftime lead. Gonzaga fought back and led by 9 in the 2nd half, but this is college basketball, anything can happen. Admiral Schofield of the Vols dominated this game against a rising star in Rui Hachimura, Admiral dropped 30 on Rui’s head, on 12-22 shooting and 6-10 from 3-point land. Like Rui, Admiral has worked so hard everyday to become the player he is now, from averaging 7.6 points and 4.0 rebounds as a freshman to averaging 17.9 points and 6.0 rebounds as a senior, hitting the game-winning bank shot three to take down #1, coming back to Tennessee for his senior year because he wanted to be the best player Rick Barnes ever coached, he wants to win a national championship, sure he could have gone in the lottery of last years draft, but being a basketball legend at Tennessee and in college basketball is super important to him, how can you not root for Admiral Schofield?

A few mid-major players who I’ve wrote about and just keep killing it, Ja Morant, Chris Clemons, and Mike Daum can not be stopped this season. Morant is averaging 24.2 points, 7.3 rebounds, and 8.2 assists. I emphasize the importance of watching one of Ja’s games this season, he has three games on national television, including one at Auburn on December 22nd. Ja will likely be a lottery pick in the 2019 NBA Draft. As for Clemons, he’s averaging a light 31.4 points and 6.1 rebounds per game. Super impressive for the 5’9” senior guard, who scored 45 points in a game at Georgetown earlier this year on 16/28 shooting. Then we have Mike Daum of South Dakota State. The Dauminator who is averaging 25.2 points and 10.3 rebounds per game this season. Mike just scored 42 and tallied 8 rebounds on 13-18 shooting in a win over Southern. The two-time Summit League Player of the Year has tallied 7 double-doubles in 11 games this year. He’s a monster!