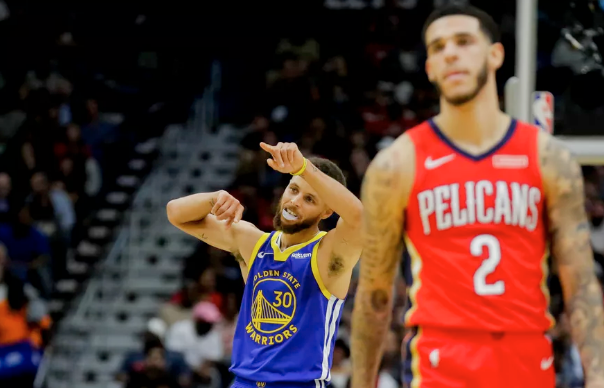 The Golden State Warriors were on fire in Monday night’s matchup against the New Orleans Pelicans.

Stephen Curry brought 26 points to his team in addition to 11 assists and 3 steals, with D'Angelo Russell adding 24 points and Damion Lee delivering career-highs with his 23 points and 11 rebounds.

Draymond Green brought 16 points in addition to 17 rebounds and 10 assists – carrying out an impressive layup with just 5:07 remaining that put his team ahead 128-99. But Green isn’t satisfied just yet.

"We're still not a very good team," Green admitted in the locker room. "We got to continue to compete at a high level. The first two nights we didn't do that. Tonight we did.”

"It's going to be a theme of the season -- we have to fight for everything we get this year and it may not be pretty," said Curry. "It's not only do we have to perform every night, (but) for lack of a better term, you've got to teach."

Pelicans coach Alvin Gentry expressed dismay surrounding his team’s hapless circumstances. "We were never in the game," he said. "We never had any chance at all to win and I think that's the most disturbing thing to me -- especially playing at home."

22-year old Brandon Ingram contributed the most points to the Pelicans with a hefty 27, also bringing 10 rebounds. "We have enough guys in here where we feel like we can win basketball games," said Ingram.

"We won't get discouraged at all."

Golden State’s next matchup is against Phoenix on Wednesday, and the Pelicans will play against Denver on Thursday.