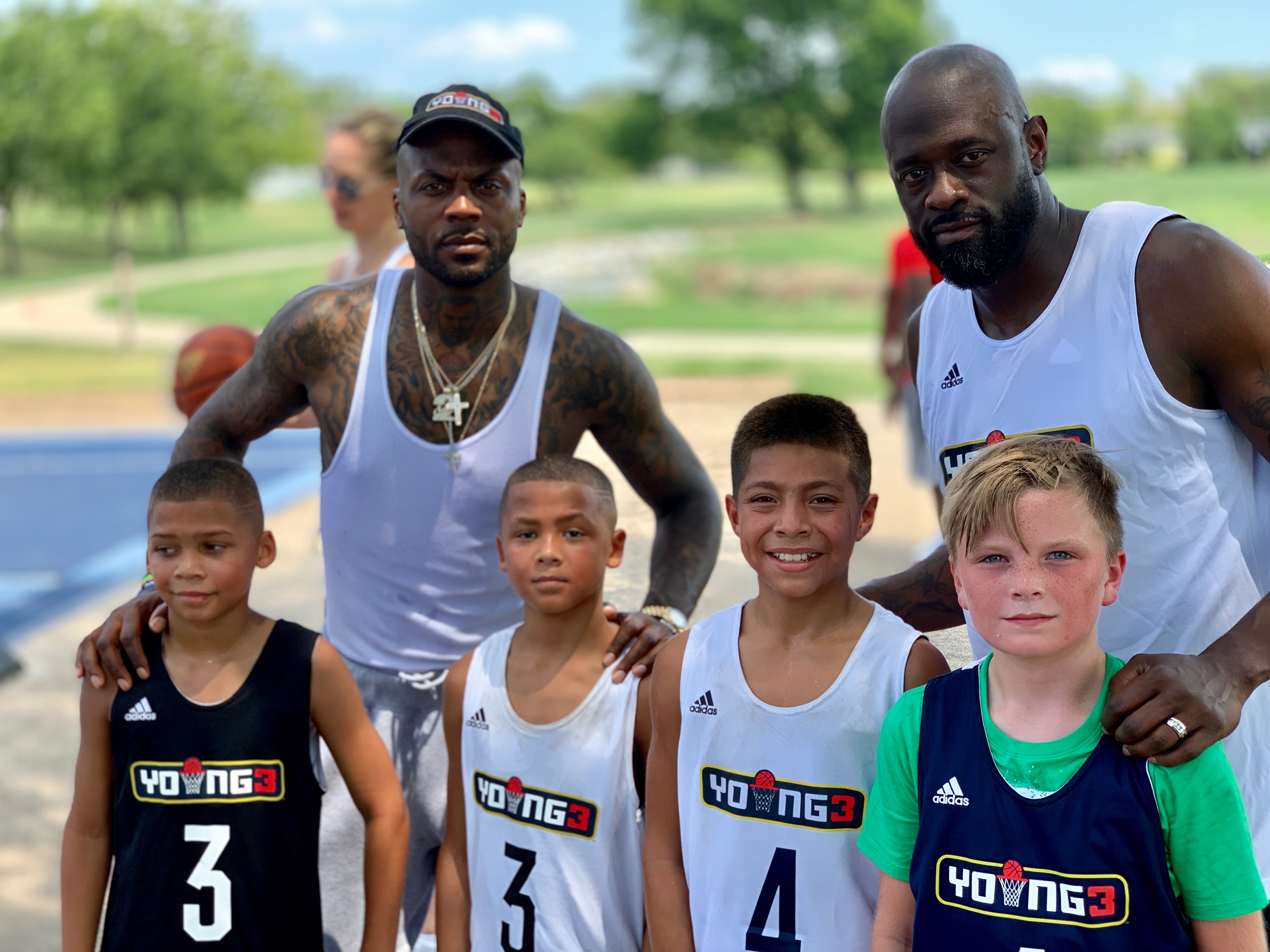 DeShawn Stevenson returned to Dallas, Texas and made it his duty to give back to the community. DeShawn Stevenson teamed up with Shooting for Peace to deliver a youth basketball camp at a new and incredible Dream Court in Carrollton, Texas. The court was donated on behalf of Nancy Lieberman and the BIG3! About 30 or more happy and grateful kids participated in the camp at Croft Park today. Jerome Williams was very pleased with Stevenson’s camp as he proclaimed, “Today’s Shooting for Peace clinic in Dallas was one of the best ever! I thank DeShawn Stevenson for showing up as he came back to his original championship city and gave back to the kids. It was also the most former professional players we’ve had come support the Shooting for Peace clinics!”

It was an outstanding camp as plenty of former basketball legends showed out, that included an impressive list of former NBA, WNBA, and Harlem Globetrotters players! It was definitely the biggest showing we’ve had from former professional players and we thank them so much for coming out and giving back to the youth! Here are the names of every pro who made an appearance at the camp...

Thanks again for giving back to the youth and know that we appreciate each and every one of you!

The man who made it all happen, DeShawn Stevenson of the Ball Hogs was ecstatic to give back to the community in a city where he played. D-Steve exclaimed, “It was wonderful today, just to give back to the kids. We taught them a few drills, there were some really talented kids, multiple could handle the ball really well, some took it really seriously and I loved that! These kids just had such a great attitude as well. Being back in Dallas and giving back to the community was great. Showing love to kids in Dallas where I won a NBA Championship was surreal.” Thanks so much to DeShawn for hosting the camp, best of luck to him as he aims to become the BIG3’s 3-point scoring champ for the third straight season!

As for the events and what the kids got to partake in at the camp... There was a 1-hour clinic that consisted of basic basketball drills, stretching, some shooting, working on your craft and perfecting it! Following that was a 3 on 3 tournament that lasted about an hour where it was time for the youth to showcase their basketball skills and do their best to impress the elite basketball talent that was watching them! Each kid was given a Young3 Adidas jersey, it was very generous of the Young3 and Adidas to sponsor the event and gift the youth some fire jerseys. At the conclusion of the tournament there was a quick Life Skillz segment conducted by Dallas NBRPA Chapter President, Willie Davis And NBA Global Ambassador, Sam Perkins who spoke to the boys and girls for about 20 minutes, advising them on how to become better people as they grow up. As the camp came to a close, the participants were treated to pizza and drinks and also had the opportunity to take pictures with their new idols and get autographs. Willie Davis was so pleased with the camp and stated, “It was great to come out, support DeShawn and Jerome as they aim to make this world a better place!”

This was definitely a phenomenal event and we were so glad to shine a light on these young boys and girls! Thank you DeShawn Stevenson! On behalf of the DeShawn Stevenson, the BIG3, Adidas, and of course, Nancy Lieberman... We hope you all enjoyed the camp and make great use of your new court at Croft Park! Stay safe and have fun!