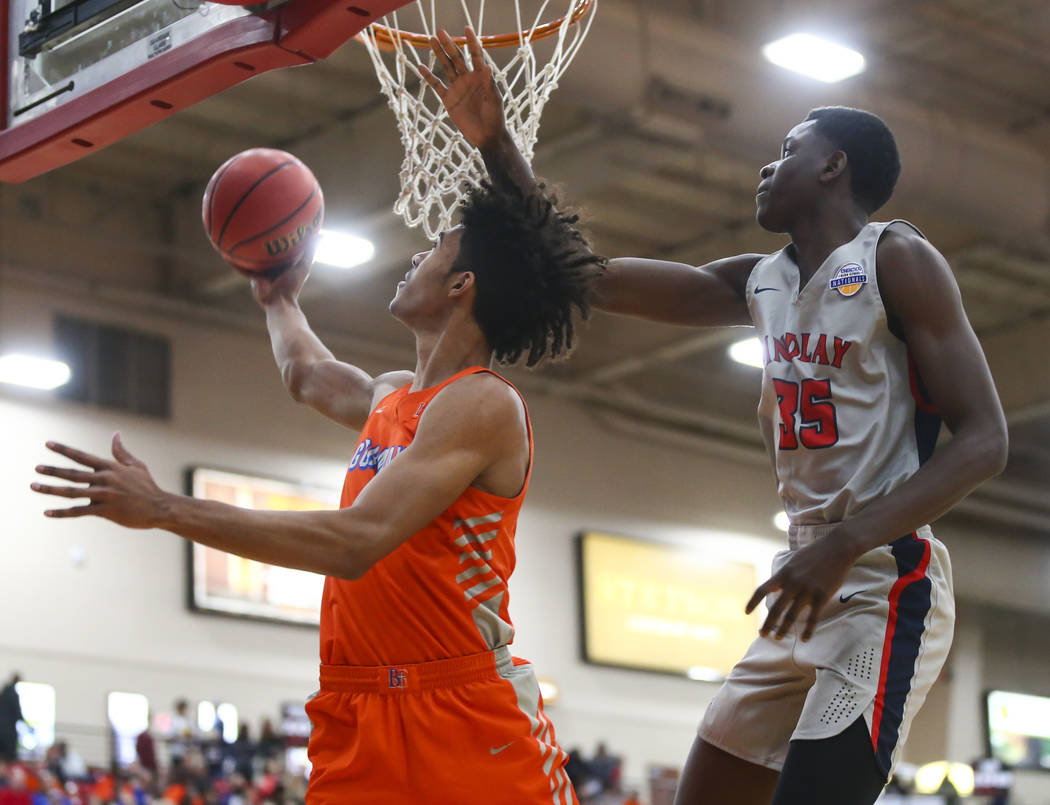 This was a great high school basketball game that lived up to the hype. The game took place at the South Point and was the headliner of the Big City Showcase. Bishop Gorman won this tough game, 59-55 and it came down to the wire.

Findlay Prep took a quick 5-0 lead as Gorman struggled early on and finally put some points up after a great putback dunk from Noah Taitz. Both teams had some trouble shooting the three ball early on but it was Findlay’s three made three balls that gave them a 13-10 lead after a quarter. The 2nd quarter was pretty slow paced as both teams tried to figure out the others defense. Findlay Prep was often looking for quick corner 3s after they broke down the Gorman half court press, they were getting open looks but just couldn’t hit them. The final minutes of the half featured the two teams trading buckets and eventually Gorman came away with a 24-23 lead.

In the 3rd quarter Gorman was constantly settling for 3s instead of feeding star big man and coveted recruit, Isaiah Cotrell. So then they fed Cotrell and they fed him some more. He scored 13 straight for the Gaels and had dunks on four straight possessions. He was eating and that roots from great defense and unselfishness. Gorman forced turnovers on three straight possessions and made the extra pass on each ensuing fast break. Gorman took a 43-41 lead after three thanks to great team basketball. Findlay Prep fought hard and kept answering Gorman, Connor Murphy hit a huge three to tie the game at 51 with three minutes left. The following possession Gorman milked the clock and took 45 seconds off, they came away with 2 points on that possession as well. Findlay answered quickly again to tie it up at 53. Noah Taitz hit a clutch, contested three to give Bishop Gorman a 56-53 lead, one they wouldn’t give up. Gorman got the big win over Findlay Prep by a score of 59-55. Both teams played outstanding and it was a fun one to watch.