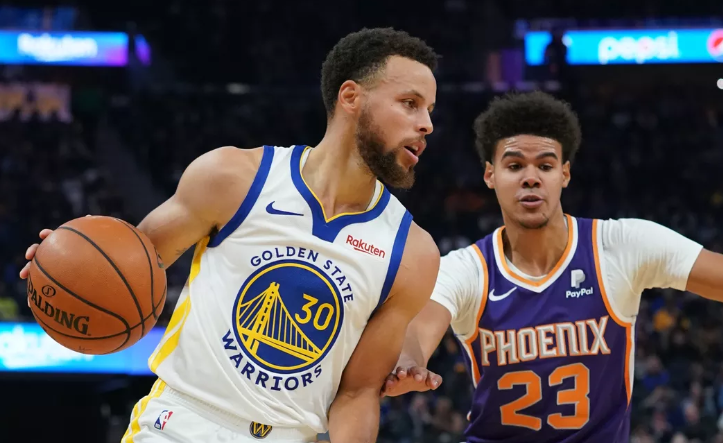 The young Warriors can’t afford another man down.

As if Golden State couldn’t be any more down on their luck, the worst has happened: Stephen Curry is injured.

Curry suffered a left hand injury during a hard landing in the third quarter of Wednesday night’s game against the Phoenix Suns - a game in which the Warriors shamefully lost yet again, this time 121-110.

"When these guys who are the faces of the league go down it's not good for the league, but especially someone like Steph, who's done so much to raise the level of excitement here in the Bay Area and throughout the league."

According to the Warriors, a CT scan will dictate whether the 31-year old NBA star’s broken hand will require surgery.

"Of course it hurts knowing that Steph Curry's down," said Warriors rookie Eric Paschall, who contributed a team-high 20 points to the game. "... That's a very, very valuable piece of our team but I feel like we're going to stay positive."

Suns center Aron Baynes caused the impact to Curry’s left hand during his abrupt and awkward fall - and he certainly wasn’t proud of his infelicitous involvement.

"Aron Baynes came up after the game and just wanted to know how Steph was doing," said Warriors coach Steve Kerr.

"You could tell he felt really bad. It's just a random basketball play, so stuff happens."

With so many injured Warriors already out (namely Klay Thompson with his torn left ACL), it’s needless to say that losing Curry for an extended duration of time would likely be the Warriors’ tipping point to destruction.

For now, we wait for Curry’s CT scan results and hope for the best. Wishing him a speedy recovery.