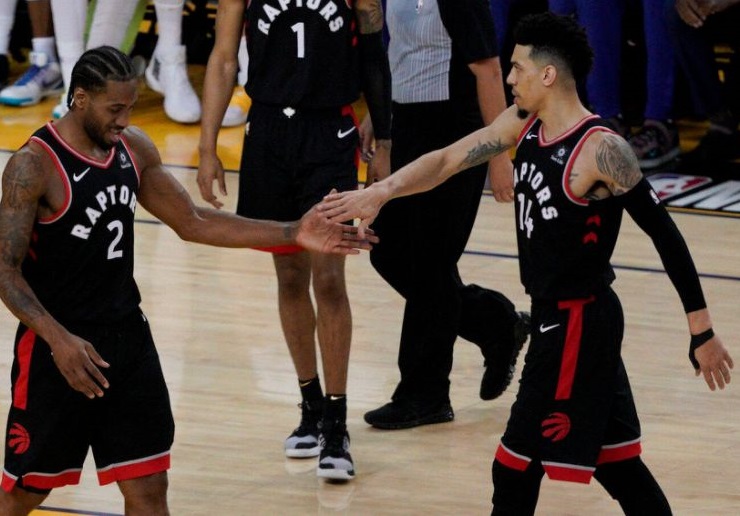 “Honestly, we’re really not afraid of anybody” – Siakam

Before Wednesday night’s game, one Raptor wrote "let it rip" on the locker room whiteboard.

And that’s exactly what they did.

Game 3 of the NBA Finals saw a giant 123-109 victory for Toronto in a thrilling and action-packed matchup that kept fans on their toes throughout.

The Warriors, a team of insane talent plagued by injuries, banked on Stephen Curry who did all he could and then some; shooting 14 for 31 and scoring a playoff-best, career-high 47 points.

But Curry and his cast simply couldn’t bring enough fire to take down the relentless Raptors.

“ … It’s just how it goes sometimes. You have to tip your cap to all the guys that made pivotal plays in the right times. I think defensively in the first quarter we can get off to a better start to hopefully take a little bit of rhythm away.”

While the Raptors did experience their share of foul trouble yet again (Toronto with 22 and Golden State with 21), they – and especially Kyle Lowry – were able to keep it in check.

"We showed our team all the dumb fouls we took yesterday," Coach Nick Nurse told ESPN. "All of them. And we said we have to stop f---ing doing them. And [Lowry] was one of many, but he was a very important one of many.”

Well, Game 3 saw Lowry committing only three fouls, compared to being fouled out with 3:52 remaining in Game 2.

“You saw him aggressive in transition, but, again, usually when he's going good, it means he's hitting the paint, he's attacking off the screen and roll and really getting downhill,” Nurse said. “That's usually a sign that he's got a lot of his offensive game and confidence going.”

"I know what type of basketball player I am,” Lowry, who broke Toronto’s franchise record for career field goals (398) made during the playoffs, told ESPN after Game 3.

Lowry finished with 23 points and shot 8-for-16 from the field, which included 5-for-9 from 3-point range. On the other hand, Toronto’s Kawhi Leonard finished with 30 points, making this his 13th 30-point game in the 2019 playoffs. Pascal Siakam, who set the team’s prolific energy from the get go brought 18 points, as did Danny Green, who now has 47 Finals three-pointers.

"They outplayed us. They deserved it," said Warriors coach Steve Kerr. "I'm very proud of our effort, and now we've just got to bounce back and hopefully get back in here Friday night and hopefully get a little healthier and get some guys back."

Well, the series isn’t over yet – and Golden State’s two injured powerhouse players, Klay Thompson and Kevin Durant, could be making that return for Game 4.

Regardless, Toronto still has a good chance at capturing their first-ever NBA title – and Friday will surely be one of the most gripping games to follow.