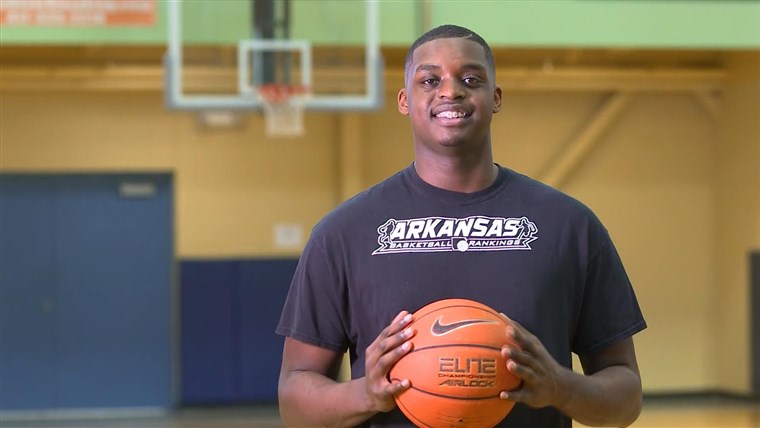 Kalin Bennett made history by becoming the first player with Autism to receive a division one basketball scholarship.

Kalin has overcome the odds as he was told he might not speak or walk his entire life. Now he's on to playing college basketball for Kent State. He chose to play at Kent State due to their commitment to spreading autism awareness.

The 6'10" center aims to be a role model for all people with and without Autism. Kalin said, "I want to make an impact not just on the court, but with kids that are struggling with the same things I am. I want to use this platform to inspire other kids with Autism and Non-Austism. I want to let them know, hey, if I can do this, you can do it, too. A lot of times they feel alone and by themselves, and I felt that same way growing up."

You can't help but root for Kalin and his incredible story, cheer hard for him and Kent State in the coming years. Hopefully one day we'll see Kalin play in a NCAA Tournament game.

To read more about Kalin and his story check out SB Nation's article on him... https://www.sbnation.com/lookit/2018/11/26/18112369/kent-state-kalin-bennett-autism-ncaa-basketball