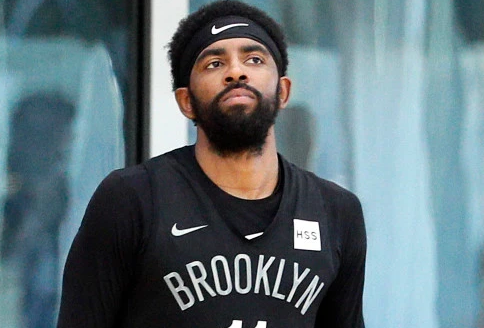 Brooklyn Nets guard Kyrie Irving took a painful hit to his mask-protected face during Wednesday’s controversial preseason matchup against the Lakers in Shanghai.

LA’s Rajon Rondo appeared to hit Irving with his arm while he was shielding the ball, aggravating Irving’s pre-existing facial fracture that occurred during an offseason pickup game a couple of weeks ago before training camp.

It was only a minute and six seconds into the game when the unfortunate incident went down. Clearly in immense pain, Irving tossed down his mask and walked over to the bench, motioning for a replacement which was then filled by Spencer Dinwiddie.

If the 27-year old guard doesn’t recover from this one quickly, particularly before the start of the regular season in the Nets’ brand new home court — this could mean bad news for Brooklyn.

As if that wasn’t enough misfortune for the Nets, just 22 seconds following Irving’s accident, Caris LeVert was poked in his right eye. He then had no choice but to join his injured teammate in exiting the game.

Another Nets vs. Lakers game is scheduled for this Saturday in Shanghai, though there are no promises given the current circumstances between the NBA and China.

For now, both LeVert’s and Irving’s returns are uncertain – with a seemingly poorer prognosis for Kyrie.

As always, we’re keeping the NBA’s injured players in our thoughts and wish them a speedy recovery.