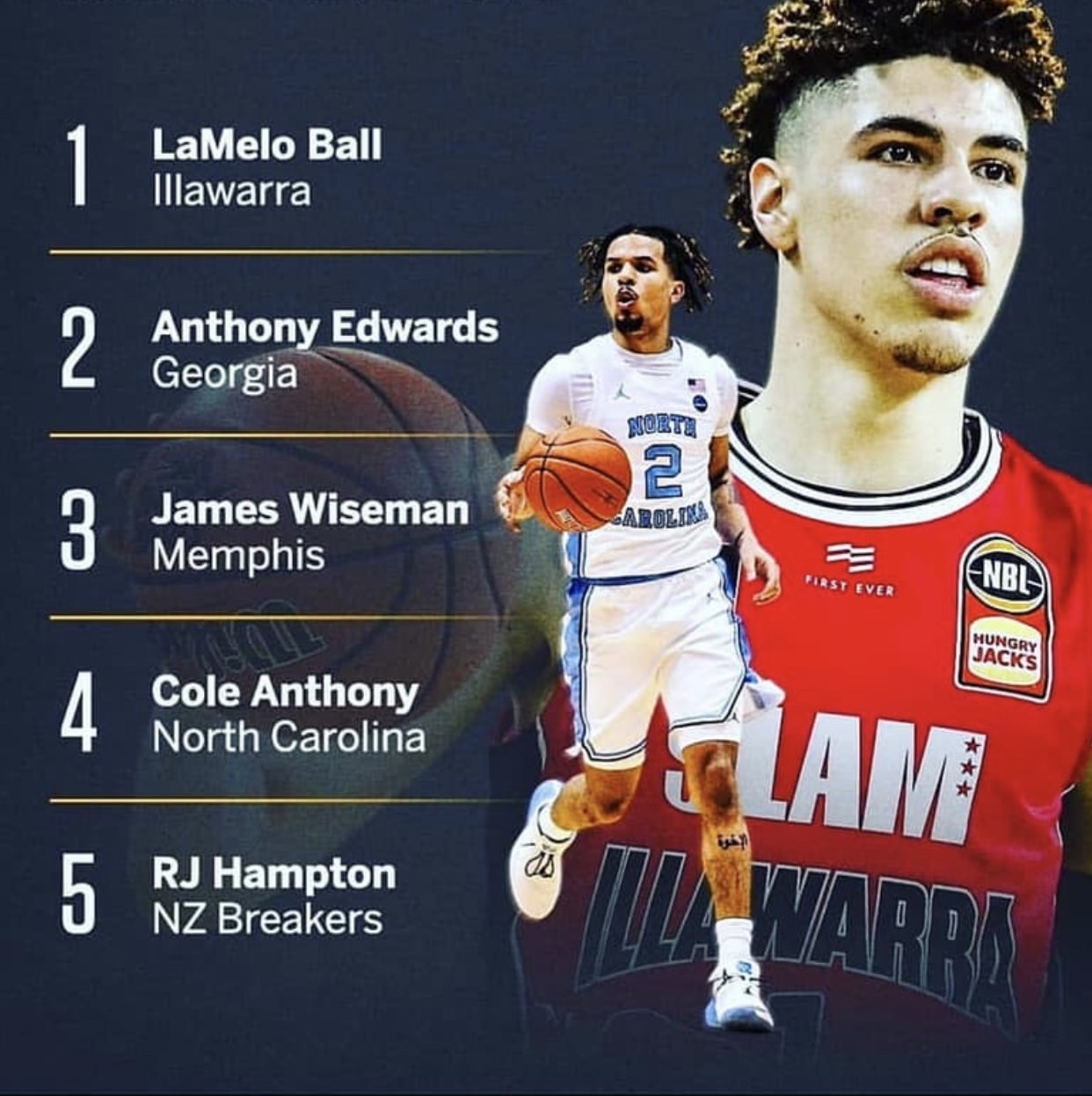 ESPN has released their latest 2020 NBA mock draft, and it appears that LaMelo Ball of the Illawarra Hawks has moved up to the projected No. 1 overall pick to join the Knicks.

After Ball in the latest draft prospect stands Anthony Edwards of Georgia at Number 2 followed by James Wiseman of Memphis at Number 3, Cole Anthony of North Carolina at Number 4 and R.J. Hampton of NZ Breakers at Number 5.

Currently, the 18-year old Ball is averaging 17 points, 7.5 rebounds and 7.0 assists with Illawarra, and is also shooting 37 percent from the field. Just last week, Ball made 32 points, 13 assists and 11 rebounds within 40 minutes, making him the youngest player ever to secure a triple-double in the NBL.

“There are only a handful of players in the NBA who can legitimately play point guard at 6-foot-7 like Ball,” wrote ESPN NBA Draft analyst and reporter Jonathan Givony.

However, according to social media, many fans of the Knicks seem to be opposed to Ball and in favour of Cole Anthony, son of former Knicks guard Greg Anthony. Anthony is currently averaging 20.7 points, 7.3 rebounds and 4.0 assists with Tar Heels.

With all the online controversy coming from Knicks loyalists everywhere, one thing’s for sure: this will be an interesting draft to follow.