LeBron James Speaks About His On-Court Chemistry with Michael Jordan 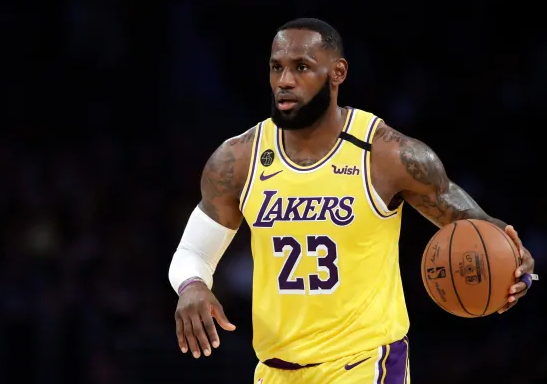 “I was on the same team with MJ, and we didn't lose a game."

Forever lives the debate about Michael Jordan vs. LeBron James. Fans just love to argue about which player reigns supreme over the other.

But when it comes down to the players themselves, there’s certainly no rivalry. It’s all love - especially when you consider James’s desire to play alongside Jordan in the NBA.

"Me personally, the way I play the game -- team first -- I feel like my best assets work perfectly with Mike," said James in a video posted Monday to UNINTERRUPTED's YouTube channel.

James even shared that felt invigorated when he watched Jordan in ESPN’s Netflix docuseries “The Last Dance”, explaining how he’s thought about how well they would’ve played alongside each other in the league.

James and Jordan first met and played together in a Chicago pickup game back in 2001, albeit not on the same team. James was just 16 years old and Jordan was gearing up for victory.

"The dude looked like Jesus Christ to me. He was black Jesus to me," said James of his encounter.

The two stars did actually get to play together on the same team two years later, when James was invited to participate in Jordan’s annual UC Santa Barbara summer camp after being drafted No. 1 overall.

"We used to play around 9 p.m. The camp would end ... and we would stay along with the college kids that he would invite," James said. "We would get a good-ass run in for about an hour, an hour [and] 15. I was on the same team with MJ, and we didn't lose a game."

It goes without saying that a team with both Jordan and James would definitely be one to beat.