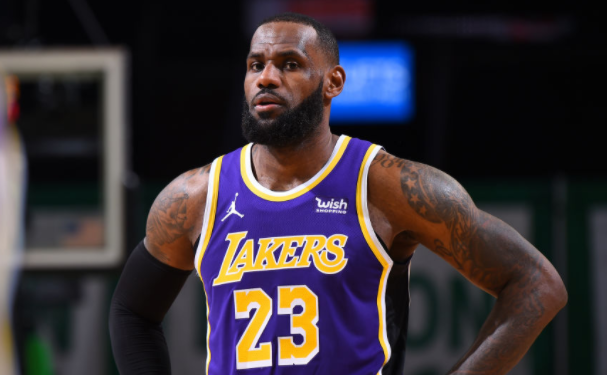 “I've always said that my goal was to own a team”

Lakers star LeBron James announced Tuesday that he would be partnering with Fenway Sports Group - a move that would give James part ownership of the Boston Red Sox, Liverpool Football Club and Roush Fenway Racing.

James and his business partner Maverick Carter actually became the first two Black members of the Red Sox ownership group in the history of the NBA - a fact to which James remarked as "pretty cool."

"It gives me and people that look like me hope and inspiration that they can be in a position like that as well, that it can be done. It gives my kids at my I Promise School more and more inspiration as well," James said.

James and Carter actually own a whopping 19 franchises together collectively - making the two a very productive businesses venture duo.

Furthermore, James’ SpringHill Entertainment company has successful relationships with media companies including ABC Studios and HBO - which has allowed him to acquire his own TV show (The Shop) , as well as star in movies like Space Jam 2, releasing in summer 2021. (Who’s not looking forward to that?!)

But all media partnerships and impending part-ownerships aside, the 36-year-old James is still highly motivated to own an NBA himself - and now we’re learning he hopes to do so “sooner than later”.

"I've always said that my goal was to own a team, own an NBA team,” James told reporters on Tuesday after the Lakers’ 137-121 victory game facing the Minnesota Timberwolves.

"I've got so much to give to the game. I know what it takes to win at this level. I know talent. I also know how to run a business as well and so that is my goal. My goal is to own an NBA franchise, and it'll be sooner than later."

With James currently playing for a team that boasts one of the longest winning streaks in NBA history, he won’t be eligible to own an NBA or WNBA franchise while he’s still an active player.

So not until James officially hangs up the jersey, we can see him joining Michael Jordan in being another Black majority owner in the NBA.