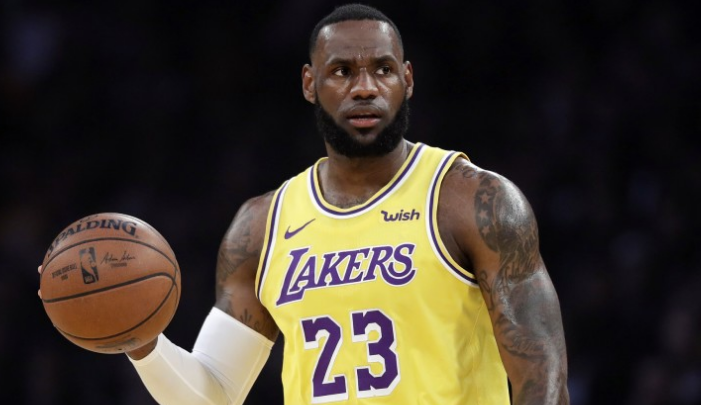 “I plan on being here and being a captain of this team and trying to figure out how we can win a championship."

After stating that he believed Houston Rockets' general manager Daryl Morey “wasn’t educated” regarding a Tweet that supported antigovernment Hong Kong protesters, LeBron James has had to face some heat.

“When I speak upon things, I speak from a very logical standpoint on things that hit home for me,” James said on Tuesday. “Yesterday, obviously, I gave thoughts on what I felt and how I saw things that transpired from that week that we were [in China]."

Now, and rightfully so, it seems – James is choosing to stay quiet and shift his focus to doing what he does best: leading and winning games.

"I'd be cheating my teammates by continuing to harp on something that won't benefit us trying to win a championship because that's what we're here for," said James. "We're not politicians. I think it's a huge political thing but we are leaders and we can step up at times. But ... you don't feel like you should speak upon things you shouldn't have to."

James emphasized Tuesday that he will address issues that he’s passionate and informed about, while also understanding the impact of his role model status in the NBA.

"When the issue comes up, if you feel passionate about it or you feel like it's something that you want to talk about -- then so be it. I also don't think every issue should be everybody's problem as well,” said James.

James also described discussing the political side as a “very delicate” and “very sensitive situation" Monday.

“It was a challenging trip for all of us that were in China. If you were not there, then you just can't relate.”

As James vows to discontinue voicing his thoughts on the political issue at hand, he also hopes that tension between the parties will eventually simmer down.