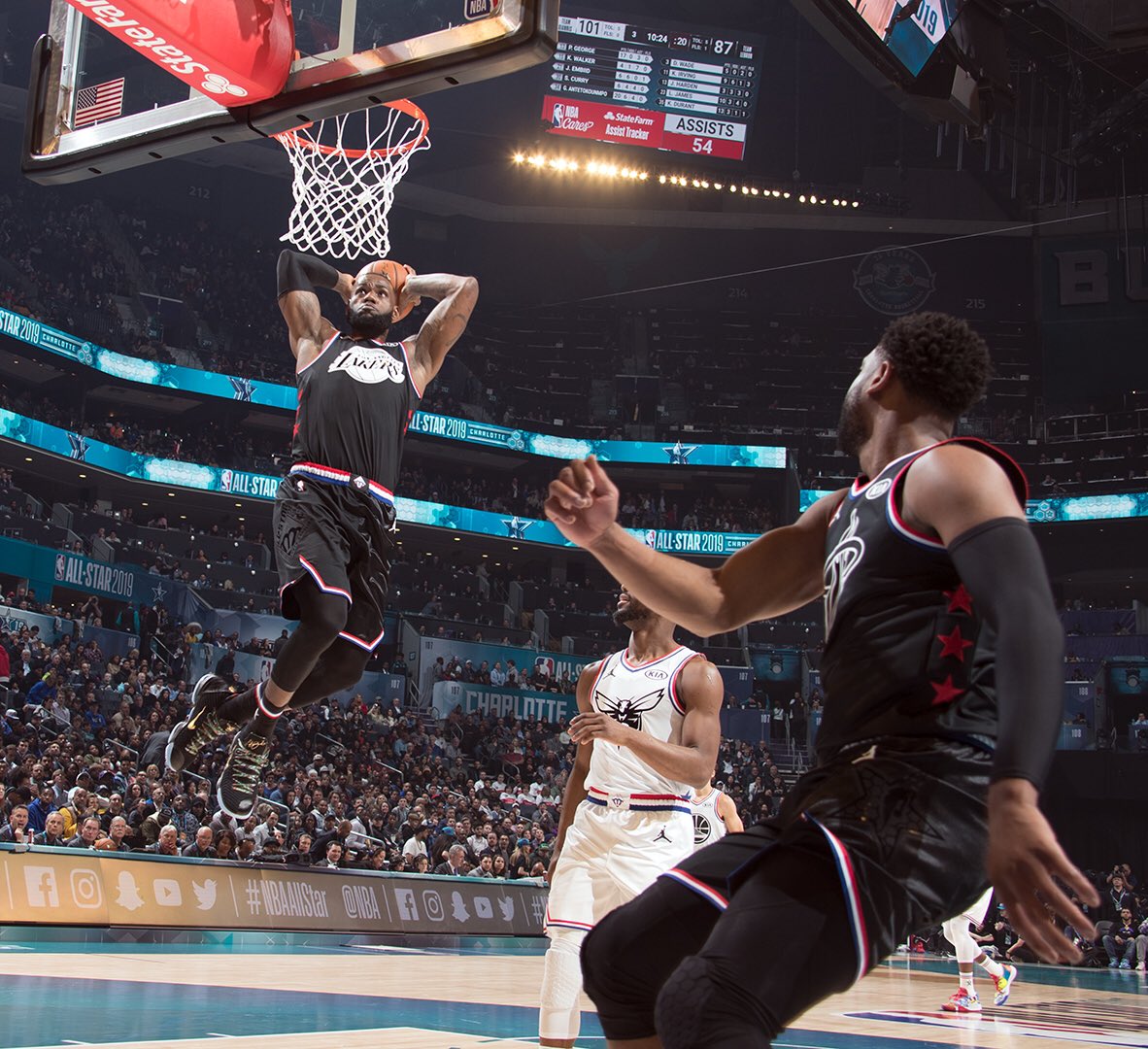 An eventful NBA All-Star Weekend in Charlotte, North Carolina has come to a close. There was much to be excited about during this three day stretch.

The festivities began with the annual Rising Stars game as the World took on the USA. Ben Simmons tallied 6 assists and 5 rebounds to go with his 28 points as he shot 14-17 from the field. Luka Doncic compiled a statline of 13 points, 9 assists, and 5 rebounds. Deandre Ayton quietly put together 15 points, 8 rebounds, and 5 assists. As for the USA, it was Kyle Kuzma leading the way with 35 points on 15-27 shooting. Jayson Tatum added 30 points and 9 rebounds. Trae Young had 25, 10 assists, and 7 rebounds. De’Aaron Fox tossed out 16 assists though, don’t forget about that. USA won 161-144 and Kyle Kuzma took home MVP honors.

On Saturday the skills challenge, 3-point contest, and slam dunk contest went down. Jayson Tatum took out Trae Young in the skills challenge championship after nailing a half-court shot just before we’d see if Youngs’ three was cash or not. Joe Harris lit up the 3-point contest with 25 in the first round and 26 in the championship round where he beat Buddy Hield and Stephen Curry. As for the slam dunk contest… not exciting much at all in my opinion. Hamidou Diallo won the event as he should have. His dunk over Shaq and hanging on to the basket with his elbow “stuck” inside the rim was incredible. But aside from that… what was the dunk you must remember? John Collins dressing up as Tuskegee Airman and just jumping over a paper plane with a simple dunk, but also breaking the plane. Love the creativity, hated the dunk and the fact he broke the plane. What is next? A contestant dresses up as an astronaut and jumps over a moon prop? Probably. The 2020 Dunk Contest could be a memorable one if they include Ja Morant and Zion Williamson. I’ll take a dunk contest featuring just those two I don’t care.

As for the All-Star Game, Team LeBron beat Team Giannis as many expected. Most of the game was close but we all knew LeBron and co would pull away late. LBJ scored 19 and had 8 rebounds. Dwayne Wade and LeBron put together one last iconic alley-oop that Wade stared back at and cherished in the moment. Kevin Durant dropped 31 and won the MVP. As for Team Giannis it was Giannis who led the team in scoring with 38 on an efficient 17-23 from the field, he added 11 rebounds. Stephen Curry went for 17 points, 9 rebounds, and 7 assists including a sick bounce pass alley-oop to Giannis. The legend, Dirk Nowitzki scored 9 points all from three point land and did not miss a shot.

Another interesting All-Star Weekend is in the books, next year’s event will take place in Chicago, Illinois.