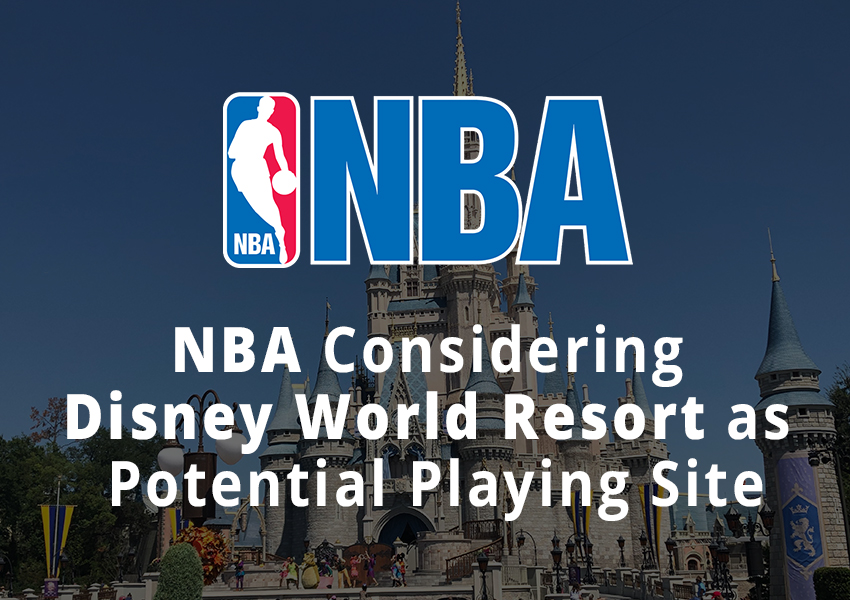 Disney has even given the league the green light to use their grounds.

Stadium’s Chams Charania reported on Wednesday that the NBA is considering the Walt Disney Resort near Orlando, Florida as a potential playing site if the 2019-20 season does eventually resume.

“The NBA has discussed and considered several different playing sites, Orlando being the latest. Las Vegas has also been discussed,” shared Charania.

Charania continued to share some positive news regarding developments in the fight against Covid-19.

“Sources tell me commissioner Adam Silver had a call with the NBA’s 30 GMs on Wednesday,” he said.

“They had a league doctor on the call who shared some positive developments on potential drugs and medicines for the virus, and also a vaccine trial starting at some point soon in England.”

But of course, we still have some ways to go as everyone’s safety remains a number one priority.

“Before the NBA can get to any return timetable, they still need to get through hurdles around testing, around the virus itself, around the medical components that still exist.

With that said, the NBA did announce on Monday that it will soon uncover rule changes that will enable teams to open their practice facilities to players for workouts and treatment (with limits), provided their respective city permits this.

The league stated that it is “targeting no earlier than Friday, May 8, as the commencement date for the new rules, and that it may push this timing back if developments warrant”.

In the meantime, we’re staying optimistic about a return date that is soon, and also safe.