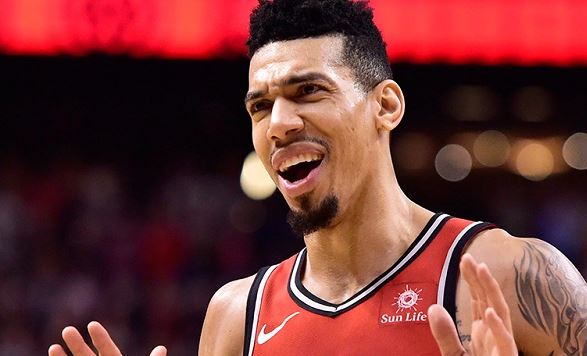 The Toronto Raptors’ Danny Green is not blind to the struggles he faced against the Milwaukee Bucks during the Eastern Conference Finals – and yet he continues to hear about it from the public.

"Everybody I come across is like, ‘Keep shooting it’”, Green said on Monday at the Raptors’ practice facility.  “Trust me, I’m going to keep shooting. ‘Don’t think about it, though!’ Yeah, I’m trying not to think about it. You’re not helping”.

Green, who’s always been proficient in hitting his corner threes, had missed all 9 of his shooting attempts over the final three games of the series. In 18 playoff games, he’s now shooting 31.4 percent, whereas the regular season saw him shooting a robust 45.5 percent; 41.5 percent over 100 post-season games.

His playing time has also declined as a result.

"There’s nobody more frustrated or more critical of themselves than the player that’s actually going through it," Green said. “I want to make shots — trust me. I’m trying. But at the same time, you’ve got to be positive, stick with it, and be confident in yourself. Confidence goes a long way in this league."

Confidence is certainly a key ingredient for peak performance — and the Raptors will need that same Danny Green from the regular season to return as part of a collective effort if they want to take out the Warriors.

"I think it's a new series for Danny," teammate Kyle Lowry said. "I think that series happened a certain way. It's over with now. I don't think that even matters. I don't think anything that happened the last series matters, besides us finding ways to win games. That's what we take from that series. Danny will be fine. Game 1, he'll be ready to go."

In the meantime, Green plans to block out noise from the media and the public, including anyone who tells him to not think about it.

"I’ve got to play through it, got to shoot through it. That’s the only way."