Raptors’ Five-Game Series Win Prove their Shaky Past is History 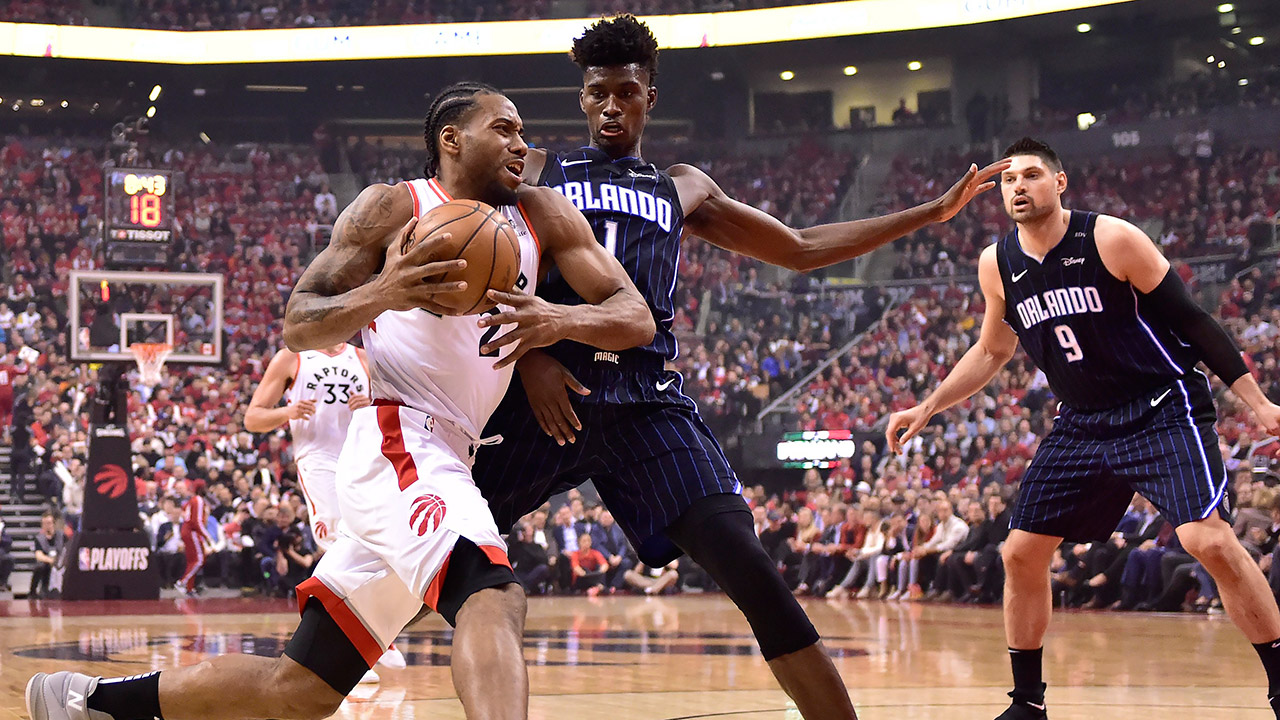 Things are different this time for #WeTheNorth.

The Toronto Raptors won their first-round series over the Orlando Magic on Tuesday night, re-branding the team as one with a bright and promising playoff future.

The 115-96 victory marked a first for Toronto in franchise history as their fourth straight playoff game win – and with Drizzy representing at courtside, it’s apparent that not even the “Drake Curse” could jinx the team this time around.

33 year-old Kyle Lowry took lead of a team who all played with the passion and fierceness needed at this time in the playoffs. He finished with 14 points and 9 assists, with supporting teammates like Kawhi Leonard bringing 27 points on 11 shots, and Pascal Siakam finishing with 24 points on 16 shots.

"We know what we are, and what we can be," said Lowry.

On the other hand, the Magic just simply couldn’t match the new Raptors’ fierce and ruthless performance. It took all but four minutes for Orlando make their first field goal, and it was evident that Toronto was just too much for them to handle defensively.

"I think our focus was to try to get out and put a stamp on the game from the defensive end and I think we did that," stated Raptors head coach Nick Nurse.

"I think that was a good sign that we were ready to go. We were serious, we knew how hard we had to play against this team and obviously got off to a fantastic start."

The Raptors will go on to host Games 1 and 2 of the next round, and it'll certainly be interesting to see how their new energy continues to play out.