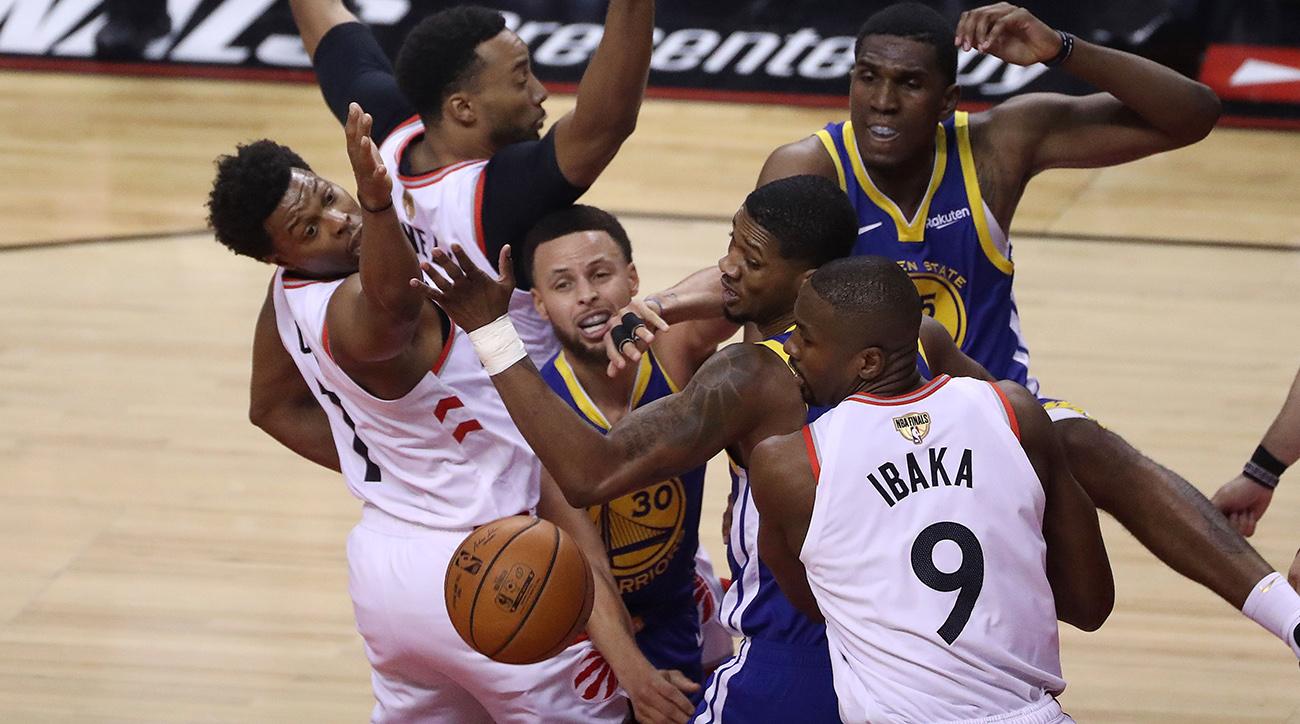 “We know that it's Game 1 and they're going to come out and make adjustments, and we got to be ready for that”

A magical moment for Toronto; the Raptors secured a 1-0 lead in this best-of-seven series against Golden State on Thursday night.

In fact, it was the team’s second-best shooting game of this postseason – and a game thrilling enough to become the most-watched NBA game in Canada's history.

With the Warriors putting up a fierce defense against Leonard, Siakam saw this as an opportunity to amp up his aggressiveness; bravely attacking Golden State’s top defender Draymond Green 1-on-1.  And the wrath of Siakam simply could not be tamed: He brought a total of 32 points to the win, which also marked his fourth-highest scoring game out of 247 career games.

“We won Game 1. We came out with a lot of -- we were very aggressive on defense, and try and make it tough for the players to find open shots, but we know that it's Game 1 and they're going to come out and make adjustments, and we got to be ready for that.

“ … Moments like this definitely shows that I'm going to continue to be myself, continue to work hard and have so much room to improve.”

Siakam’s 11 straight field goals were the most in any NBA Finals game of the last 20 seasons.

“He's been given a God-given ability of having a big engine with lots of energy that enables him to play with a certain speed, athleticism, and enables him to work very hard every single day,” Coach Nick Nurse said of Siakam.

“That motor he's been given, he's using that to the best of his ability. He soaks up things. He takes it to the court. He works, works, works. He takes care of himself. He's really got a burning desire to be a very, very good player in this league. I give him all the credit for that for using those abilities to the best that he can. So he just keeps -- his work ethic and his mindset just keeps building for him.”

The Raptors’ leading star Kawhi Leonard, who reached 2,000 career postseason points with his seventh point of the game, also showed his love for teammate Siakam after the win.

“He's going out there doing it. He's not a guy that's shying away,” said Leonard.

Golden State’s Stephen Curry, who became the first player to achieve 100 career three-pointers in the NBA Finals during this game, commented on how the 0-1 loss was not the end of the world. “New experiences for us all the way through, but we have proven our resiliency and ability to win games that we need to, and kind of answer the bell and learn from nights like tonight,” he assured sources.

Curry keeps his head high and considers Game 2 “an opportunity for [the Warriors] to right the wrongs and get a big win and go back home.”

The pressures on – and Golden State will certainly need to wrap their heads around a new approach heading into Game 2 Sunday if they want to get any closer to a championship.